The Sanctum Sanctorum, Dr. Strange's mystical home with the signature rose window at top, is one of Marvel's iconic landmarks in its comic book universe. Like some other Marvel buildings, the Sanctum Sanctorum also has a real-world address in New York City's Greenwich Village. On a recent trip to the city, I decided to seek out this location to see how it stacked up to its comic book equivalent. 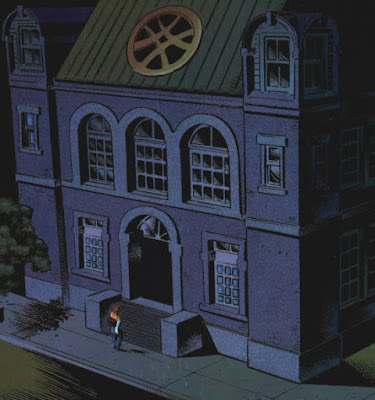 Back in 2018, after spending the day at the New York Comic Con, I took to the streets to see if could find the Baxter Building, home of the Fantastic Four, at its 42nd and Madison address. In February of '22, I found myself near the Washington Square Arch, saw a sign that told me I was in Greenwich Village, and decided that it was time to add another stop on the Marvel Universe tour.

Writer Roy Thomas first gave Dr. Strange's residence its street address, at 177A Bleeker Street - it also just happened to be where Thomas lived for a while. Growing up reading the comics, I had no idea where Greenwich Village was in relation to anything else in NYC, but the name gave it a special significance, I thought, and subconsciously associated it with a gentrified, somehow fancier and more residential section of the city. As it turns out, it's just, like...in a different part of Manhattan.

After checking out the Arch, I walked a few blocks and found myself on Bleeker Street. This is a street that Simon and Garfunkel sang about, too, so my expectations were great. I soon found myself at the 100-block of the street, and there, before my very eyes, I found... 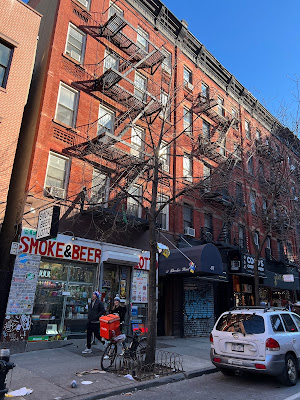 ...a crappy bodega and some apartments?! 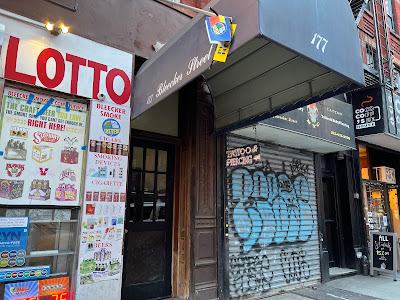 So here it is, the famed home of Dr. Stephen Strange, and also a place where you can get some scratch-off tickets and a nose ring, probably at the same time. There is no longer a 177A designation, either - 177 is as close as you'll get today. 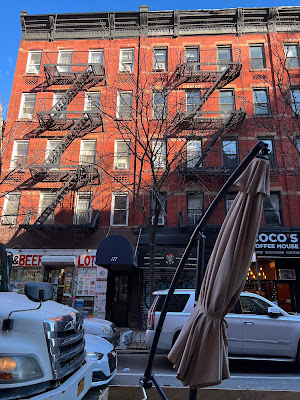 Of course, it's important to remember that Dr. Strange is a sorcerer, and what better way to keep a low profile than to disguise your three-story mansion as a red brick tenement? That must be it - it's all a facade whipped up by Strange, Wong, or any one of the building's other magical tenants. Knowing this, and respecting the magician's code, I declined to investigate further, knowing that it was important to keep up the illusion. 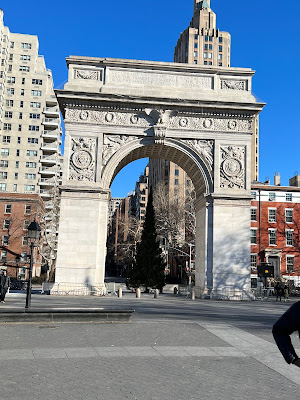 Okay, now that that's over with, let's look at a few other New York attractions, some of which are also featured heavily in the world of comics. Here's the aforementioned Washington Square Arch! 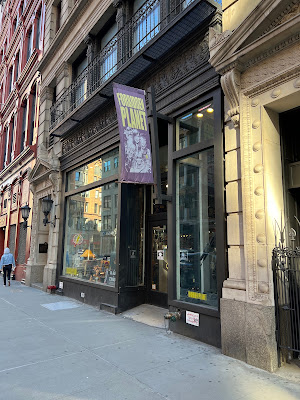 Enough of that. Let's see if we can find a comic book shop nearby. Not too far away was Forbidden Planet, which I believe is the only branch of this UK store located in the United States? Anyway, this was a very cold day in February, and I was happy to walk around inside for a little while. 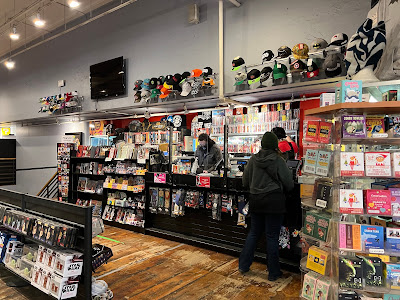 The store wasn't exactly what I expected - there was a lot of space devoted to toys and maybe not as much to comics as I had hoped to see - but it was still a fun experience. I've really only been to the bigger chain stores in NYC, and I'm looking forward to seeing more of the independent shops on my next trip. Of comic shops, and maybe Avenger's Mansion or something like that.

They really should tape of picture of Cumberbatch to that awning or something.