I've managed to add a few new (rather large) Thing items to my collection. It's (clobberin') time to check them out together! 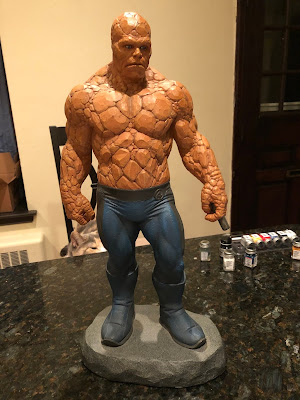 The first item is a big one, figuratively and literally. It's a 1/4 scale maquette from Sideshow Collectibles. 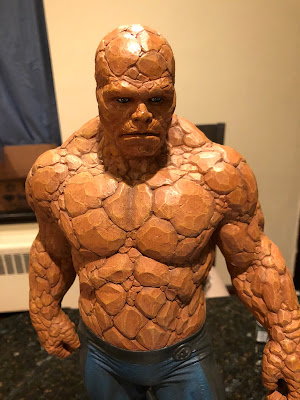 What we have here is obviously, from the pants to the more human-like face, based on Michael Chiklis and the 2005 Fantastic Four movies. It's been 15 years since the first one came out, and I suppose people have mellowed on it a bit, but only in comparison to the most recent reboot. Anyway, my thoughts on either franchise are well known, so I'll just move ahead and say that Chiklis did an all right job, and I wish his costume had a thicker brow like in the comics. 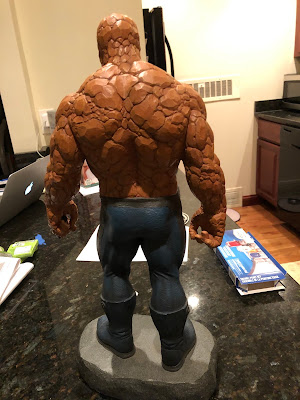 Regardless of my meanderings on the movies themselves, this statue is still impressive. It might be the biggest I own. 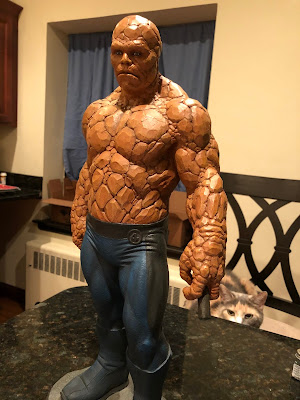 My cat was also, apparently, very interested in the statue. 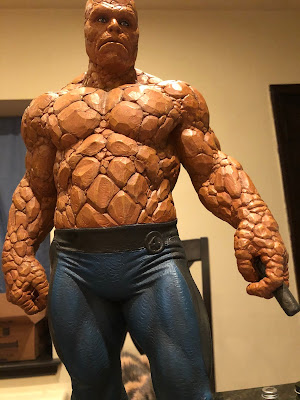 The sculpt is very precise and the details are intricate. Ben comes with a big cigar and a "4" emblem on his belt. 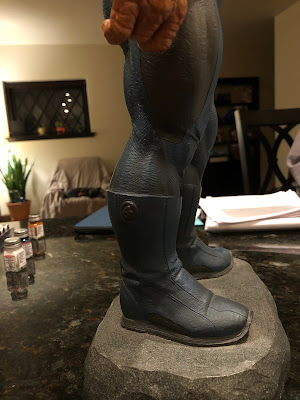 The 4 also makes a more subtle appearance on his boots. 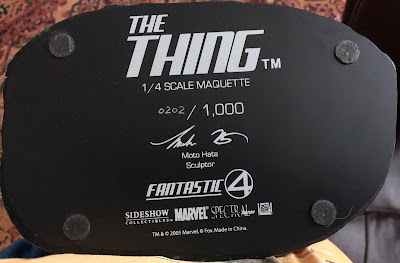 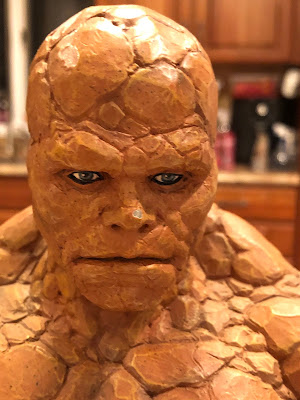 I got this statue as a gift, and before I got it, I was warned that it wasn't in perfect shape. But the person who gave it to me got it at a substantial discount - if you've seen any Sideshow products before, you know how pricey they can be - because the statue had some nicks in it.

That's okay, because it just means the statue was displayed by someone who enjoyed it...and by someone who likes the Thing. How could I be upset over that? Anyway, there were quite a few bumps and scrapes on ol' Ben Grimm when I got him. The most egregious was a little chip taken right out of his nose, as you can see above. 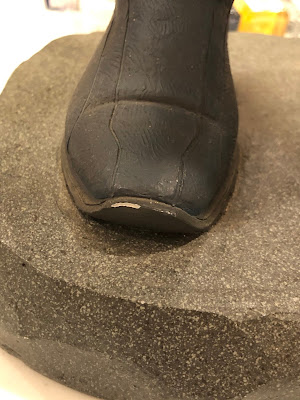 There was also a rather noticeable scratch on his right boot.

I figured that I didn't have anything to lose, so I bought some enamel paints and took a shot at repairing the statue as best I could. There was nothing major to fix - no broken fingers or limbs - so the work I put into it was a few hours at best. I had to mix some colors to try and find the right shade in several spots...it seemed that the closer I looked, the more nicks I found. 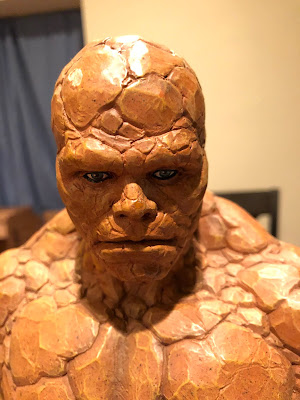 This is the result for the nose, soon after I painted it. It's since dried and has become less glossy, making it less noticeable. I think you can spot it now that I've pointed it out, but if you didn't know about the original damage, I doubt that anyone would think that it wasn't as it was supposed to be.

I'm happy with it, at any rate, and I think I've restored a lot of value to it - and I like the way it looks, which is more important than any hypothetical resale value. We all know that I'm never getting rid of this. 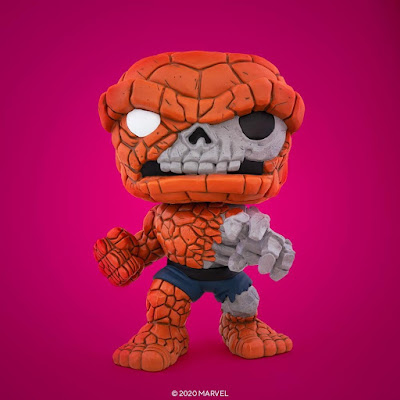 Next up is the new Marvel Zombies Thing Funko Pop! 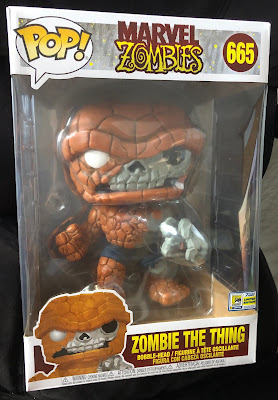 Funko announced this figure in advance of the all-virtual Comic-Con 2020. I made it through the quagmire that was Funko's online waiting room and was able to place an order for this figure. 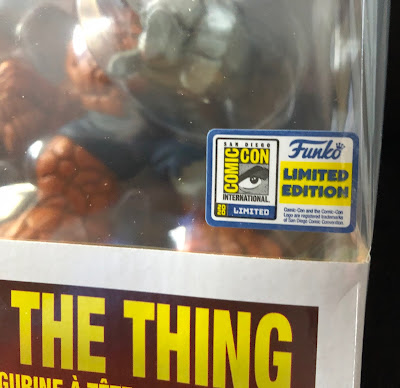 The stickers are silly, but I'm hypocritically happy that I got the official Comic-Con sticker as opposed to the more generic "summer convention" sticker. 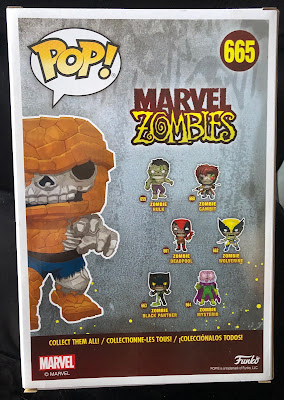 This guy is the second 10-inch Thing figure from Funko, following the Target-exclusive Thing from earlier in the year. The figure is huge and I don't know where to put it, honestly. But I had to try and get it! 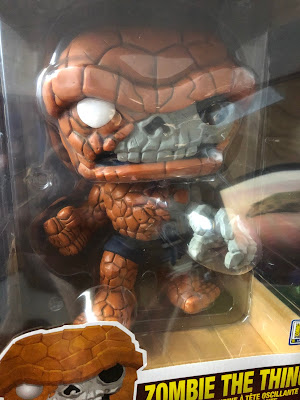 Here's some more detail, with undead Ben's bony hand reaching out for you. All right. 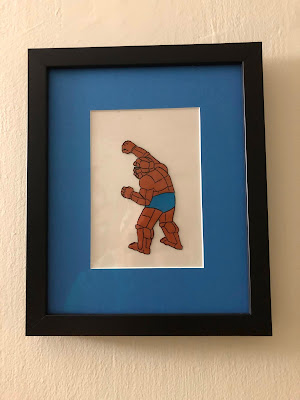 Lastly, I finally hung this framed animation cel on my wall. This cel comes from the 1960s Fantastic Four cartoon - I got it a while ago for a greeeeeeeat price. It was trimmed and had a cheap black mat stapled to it that was bleeding color onto the cel. I removed the mat and had it reframed and I think it looks pretty good! It also looks like he's trying to punch his way through the wall, which, hey, is in character.

That's it! Enjoy your lives!