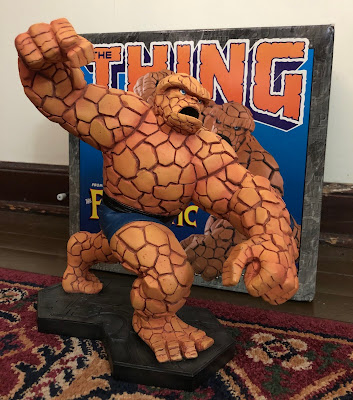 The first Thing statue I purchased was in 2004, as a result of having my first comic story published. Part of what I received for the comic was a gift card to Things from Another Universe, and I used that to buy the Bowen Thing mini-statue. It wasn't until a few years later that I found out that there was a larger version of that same statue. I guess it took 17 years, but I finally managed to grab the full-size Bowen Thing statue, and oh boy, do I love it. 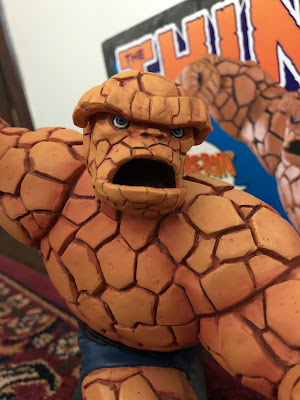 Randy Bowen sculpted quite a few statues from Marvel in the early 2000s, and he recently released another Thing statue. I definitely have an affinity for his work. His Thing is a nice combination of Kirby and Byrne, with thick, flat fingers and toes, and a huge brow that reaches halfway around his head. This is the stocky, bulky Thing of the '60s-'80s. 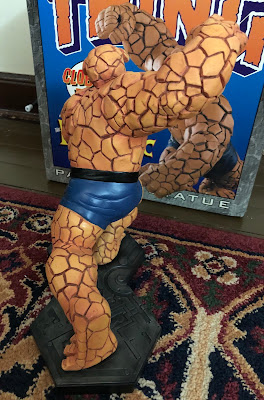 The colors on this statue are all so rich. I love the lighter orange and yellow that make up the well-segmented rocks. The blue and black trunks are a shiny contrast to the flat color of the Thing's skin. 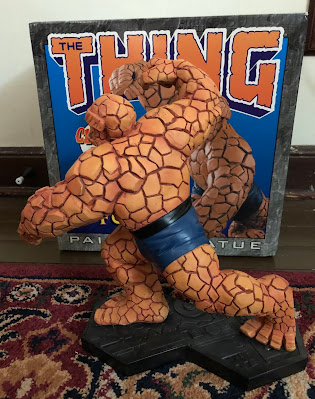 The base of the statue connects with those of the rest of the Fantastic Four. They're all rather expensive and Reed's statue has a habit of breaking, so this is probably going to be the only one I get. But it's a heck of an addition to my collection. 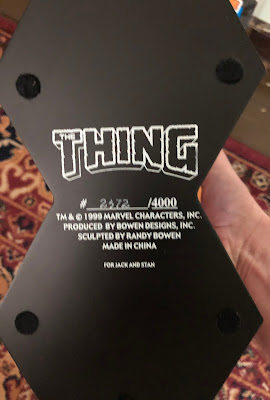 The base comes with a classic Thing logo and an individual number. This one is #2372. 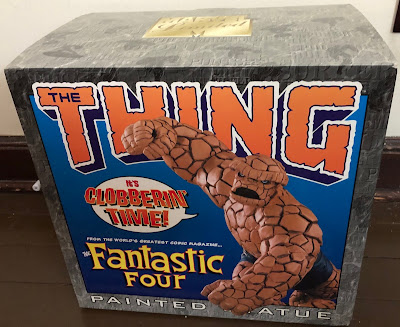 The box itself is wonderfully branded. The front panel comes with the Thing's patented trademark. 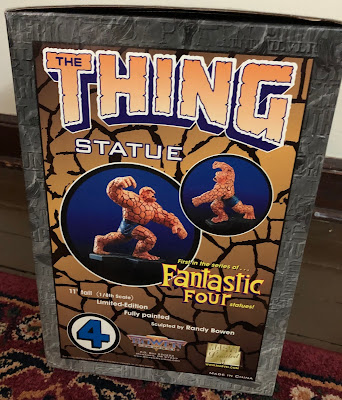 One side shows the statue from different angles. 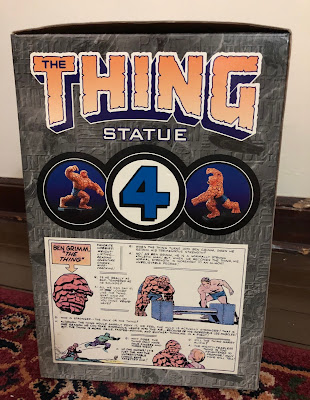 The other has an infographic lifted from an early issue. 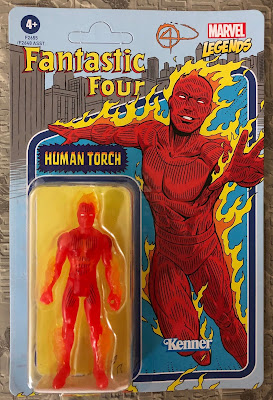 I also picked up the slightly less impressive, but still pretty cool, Marvel Legends Human Torch figure from Kenner. This one is made to look retro even thought it's brand new. The colors, again, are really nice. Johnny is the only FF member for this line so far, but hopefully they'll have the rest of the team before too long!
Posted by Jeff at 7:24 PM 2 comments:

So I'm teaching a course this semester on comics. Who would've thought that would be possible? I was so surprised when it happened that I took a picture of the flyer I made when I saw it on campus. 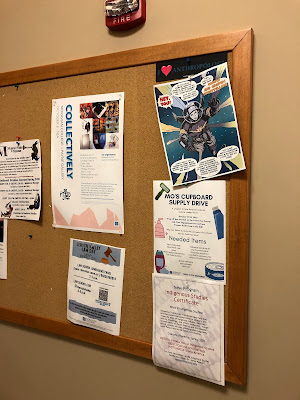 Anyway, the class is titled "Comics and Graphic Storytelling" or something like that, and as you might expect, I have not run out of material to talk about as we near the end of the semester.
Beyond talking about comics, one of our big projects for the semester is to actually make a comic book, and I'm happy to say that we actually managed to do that. It's titled "Tales of the 399," and the cover is below: 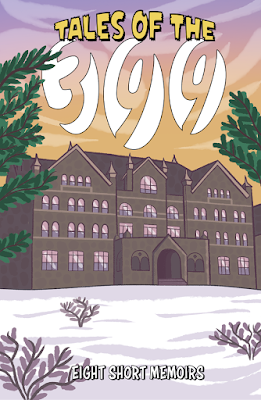 We're trying to print the book now, and to do that, we set up a Kickstarter. Yes, it comes directly after the Planet Comics #2 Kickstarter. But it's a different project! And we still want to get it done. Here's a link!

All of the stories in the book are short memoirs from students in the class (I have one in there, too), and there are some really good ones. Here's a page from one of my favorites, by Grace Gilbert: 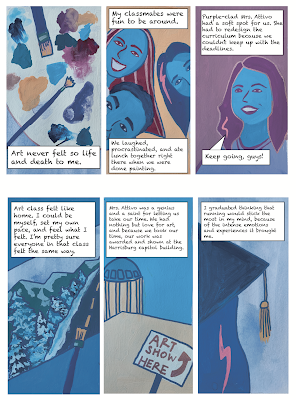 The campaign ends, er, very soon, so check it out while you can!
Posted by Jeff at 11:30 PM No comments: