Thanks to the urging of your friend and mine, Paul Tucker, I've been reading some old EC Comics stories recently - I'm trying to emulate the style to an extent for a new story we're working on together.  By far the best of the bunch has been "Master Race" by Bernard Krigstein, a story from the 1955 title Impact! which is generally regarded as some of the top work to come out of EC.
Because I found the story so engrossing and so powerful, I decided to post it below in its entirety (my ability to do so thanks to time and the Internets); the art seems vibrant and the words strike a nerve even 56 years after its initial publication.  Perhaps most surprising is that this story was published just 10 years after the Holocaust ended, a time when many people found the subject still too shocking to discuss.  In its form and function, I think that this story shows the greatest potential of comics.  In eight pages Krigstein created a memorable work of art. 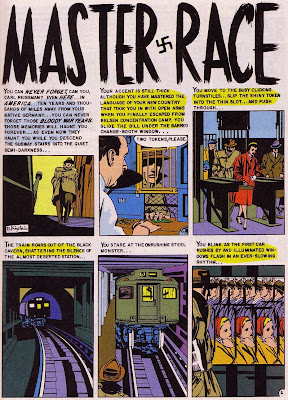 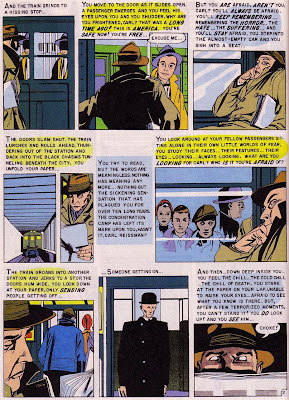 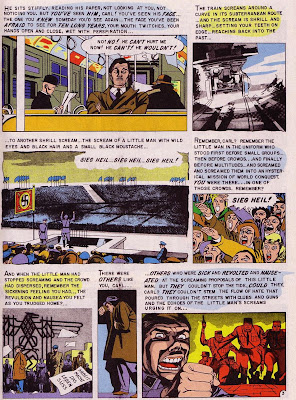 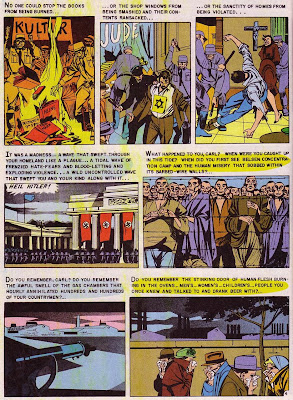 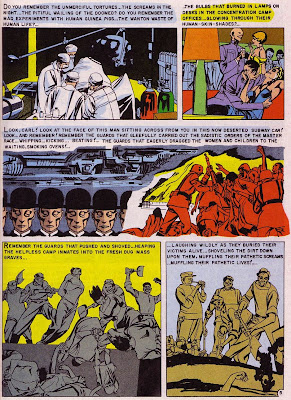 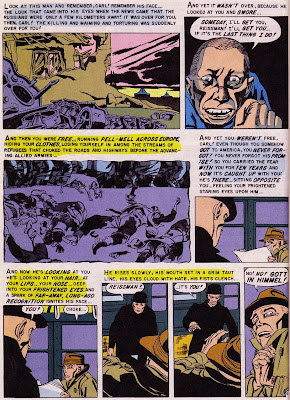 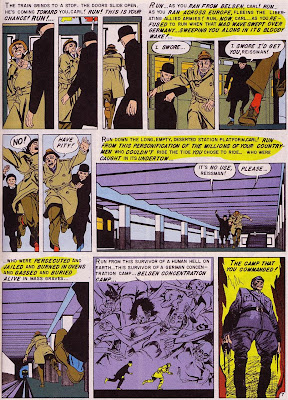 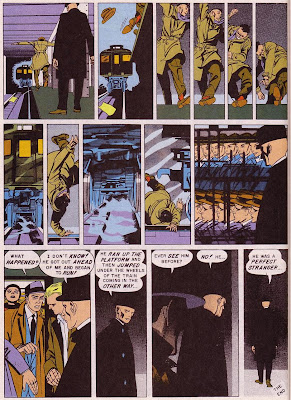