Why hello, everyone. It's post-Comic-Con 2018, and I owe you all, if nothing else, some great Comic-Con pictures. Those are just around the corner (promise). For now, let's continue our occasional series of Thing sketch cards from my collection! This one has a bunch. Let's take a look! 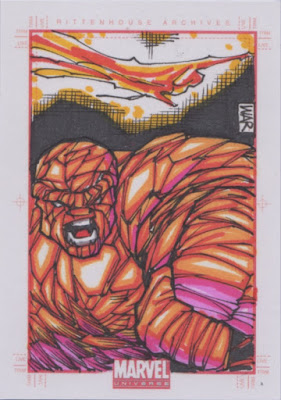 William Allan Reyes - Here's an official sketch card from the 2011 Marvel Universe trading card series. For good measure, the Human Torch shows up in the background as well! 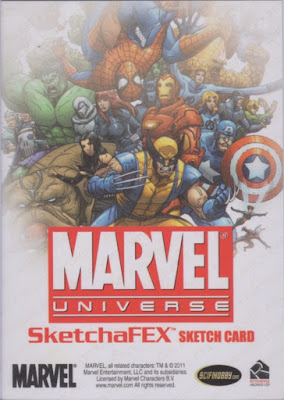 The back of the card features an image by Scott Kolins originally used for a Marvel Team-Up cover. 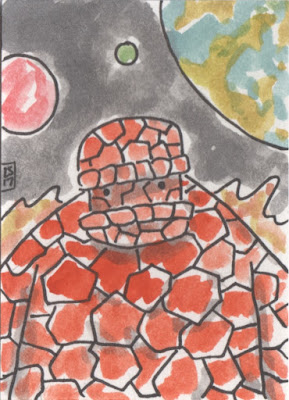 Lee Sargent - Lee Sargent draws the Star Trek 365 series of illustrations, one of my favorite things on the internet(s) currently. Before that massive undertaking, Lee drew a number of Marvel characters on sketch cards, and I managed to grab a set of Fantastic Four characters before someone else did. That means that I have not only the Thing to show off this time, but also everyone else! 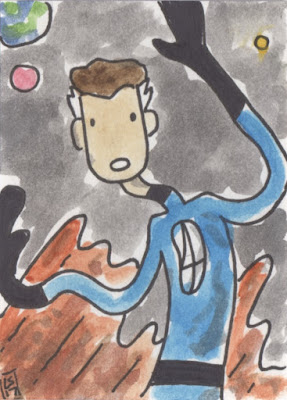 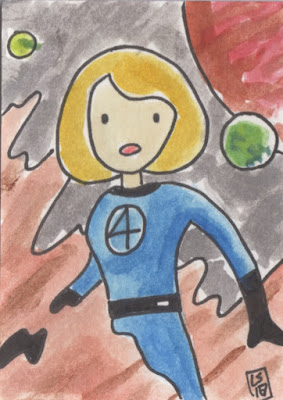 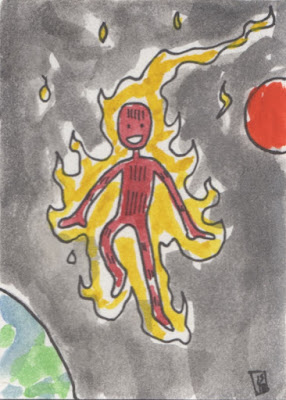 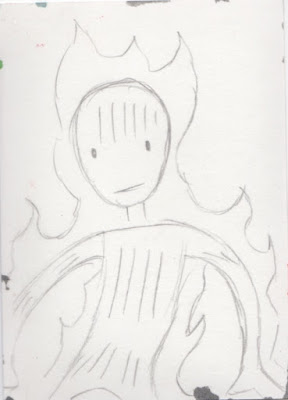 (this one came with an additional sketch on the back) 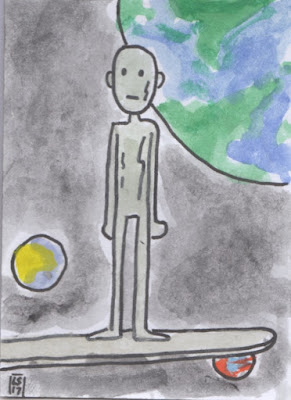 And even the Silver Surfer! The cards, even though they have similar backgrounds, don't match up like a puzzle, just FYI. But they're obviously similar thematically and I'm happy to have gotten them all at the same time. 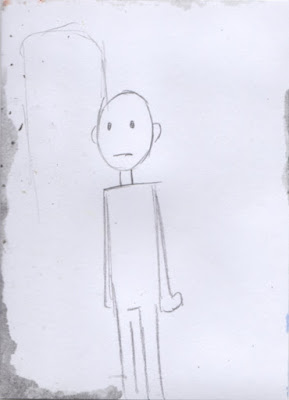 The Silver Surfer card also had a preliminary sketch on the back. 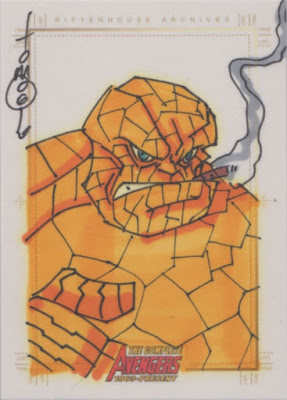 Tom Hodges - I've now got a few Thing cards from this 2006 "The Complete Avengers" series. Even though he's known for his time with the FF, the Thing has also been an Avenger from time to time. Is he the greatest Avenger? Yes. 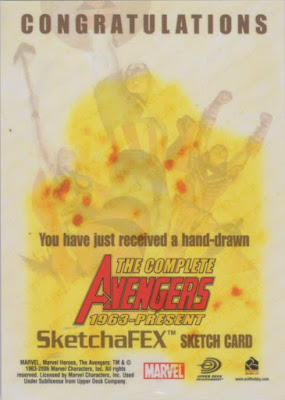 Here's the back of the card, with the bleed-though image. 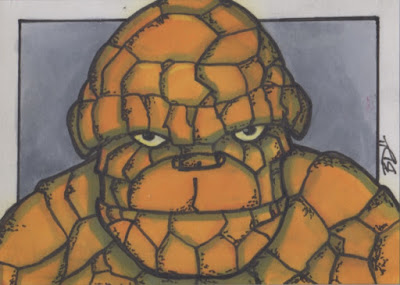 Brian DeGuire - It's the Thing! It's a sketch card! It's a landscape profile! I like it. 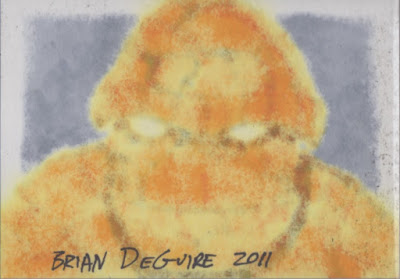 Glad he signed it. 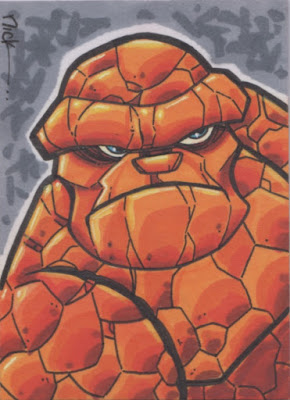