COMIC-CON IS OVER! THERE ARE PICTURES TO SEE! IT'S STILL JULY! LET'S LOOK AT THE PICTURES! 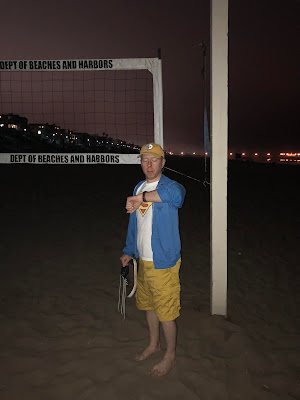 Well, here we are once again. How long will it take me to finish posting this year's set of Comic-Con pictures? If history is any judge, quite a while. But who can say for sure? Let's start out and see where it gets us.

Comic-Con 2019 was once again a complete and wonderful thrill for me to attend. This year, the convention celebrated its 50th year, and I dare say that it's currently in its prime. I flew into Los Angeles the Monday prior to the show and eased my way into convention mode. I stopped at Manhattan Beach on Monday evening; I needed a jacket; the beach volleyball courts were closed. But I carried on. 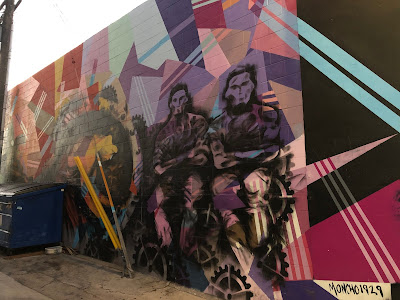 The Happy Diner in nearby San Pedro is a wonderful restaurant that I discovered last year; it didn't disappoint in 2019. There's even some cool murals in the surrounding area. 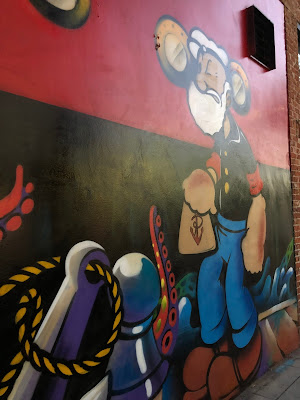 There's even one of Popeye's dad, Pappy! 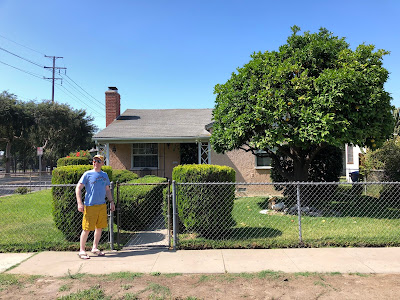 On Tuesday, I made my way down to San Diego. But first I stopped here. If anyone ever wants to question my fandom, please consider this picture of "Weird Al" Yankovic's childhood home in Lynwood. No, I did not knock on the door, nor did I take a lemon from the tree. But I was there, dammit. 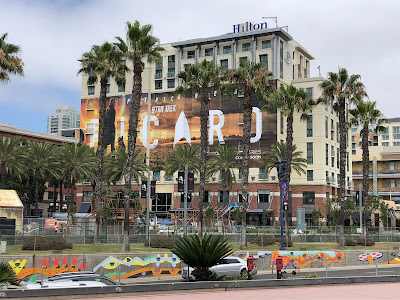 Okay, now that that's out of the way, let's see downtown San Diego the day before the big show. It surprises me how signs and attractions are being worked on until the last moment. This new Star Trek: Picard banner was draped over the Gaslamp Hilton, right across the tracks from the convention center. 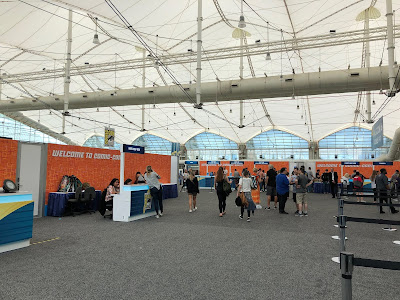 The first thing I did after entering the building was, of course, take the escalator to the Sails Pavilion to get my bag and program. 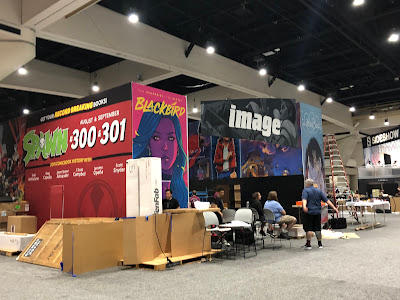 There was a new rule that had just come down from the mountain as I was entering the main hall: no open-toed shoes were allowed. I was wearing sandals, and the event staff was emphatic. So I might have borrowed a pair of shoes from someone who was already inside just so I could walk in the doors. You do what you have to do to make it in, 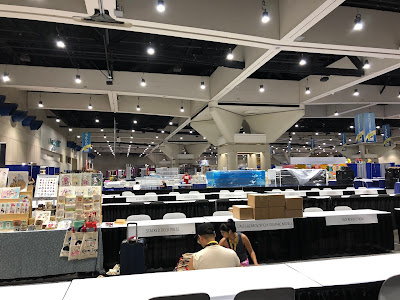 The small press section was waiting, the same as always. 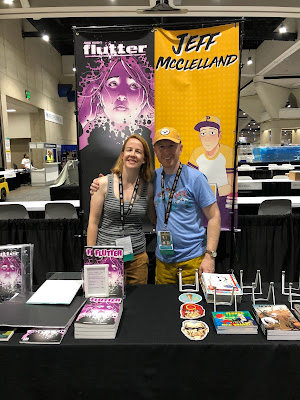 Once again, I shared a booth with my friend and collaborator, Jennie Wood. We got everything set up and ready for Wednesday so that there wouldn't be any rush beforehand. 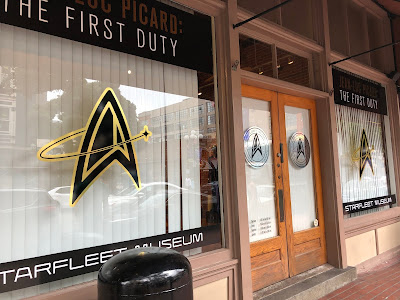 And then it was time to check out the day-before attractions. I was very excited to see the Star Trek: Picard offsite. I peeked in the window for sure. 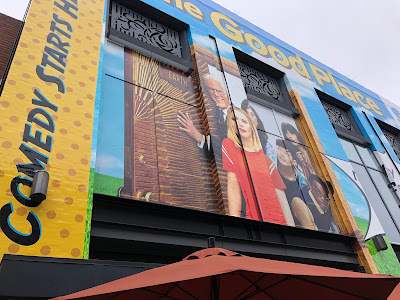 The Gaslamp was coming together quickly as I walked through. "The Good Place" had a themed restaurant with pancakes! 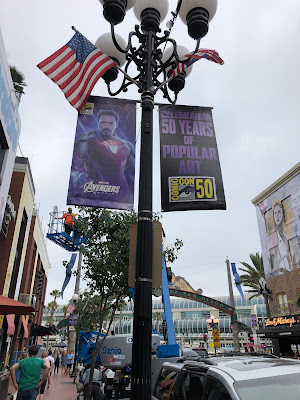 The signature banners were back for another year. Even though Avengers: Endgame had come and gone by this point, Marvel still used that for the banner images. I was okay with that. 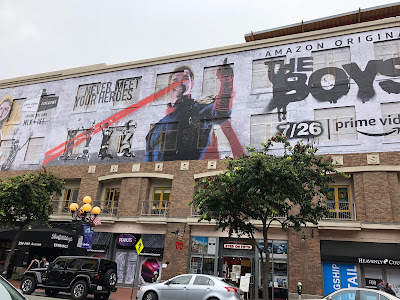 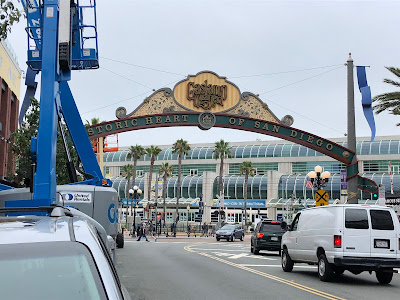 Some last minute preparations leading up to the show. 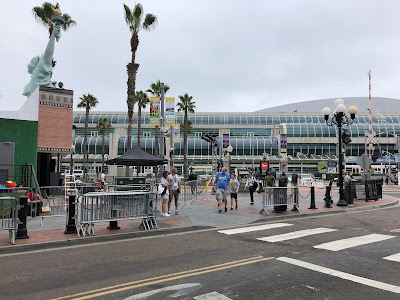 Everyone who gets a badge on the days before the convention begins wears it around like a medal of honor. I certainly do. 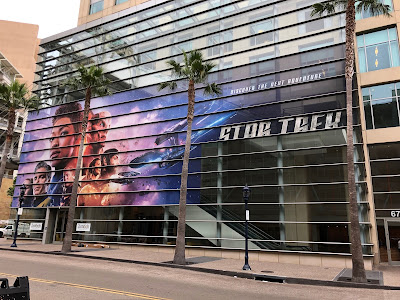 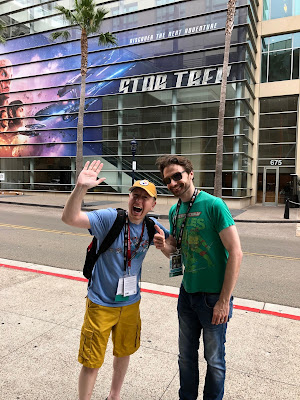 This is also about the time that I met up with Tick artist Ian Nichols. Hi, everyone! It's almost time for Comic-Con!
Posted by Jeff at 11:50 PM No comments: 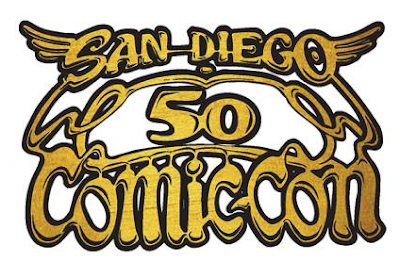 I'm getting ready (at the last minute) for this year's 50th Comic-Con International in San Diego! As in the last few years, you can find me at a few different locations at this year's show, with a few new exclusives. 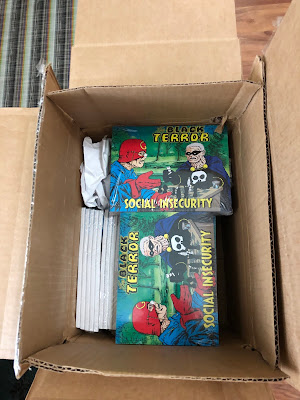 Did you know that the Black Terror: Social Insecurity books are finished? And that I'll have them with me?? Well, both of those things are true. I'm sharing a booth once again with Jennie Wood in the small press section, at booth M06. 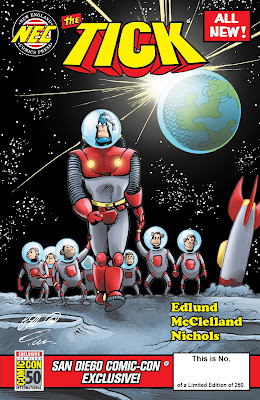 I also wrote a new issue of The Tick, and it's a Comic-Con exclusive! I'll be stopping by the New England Comics booth (#1807) to sign copies at different points over the duration of the convention. Similar to last year, this book comes from a Ben Edlund plot, and is drawn by Ian Nichols, who will also be at the show. 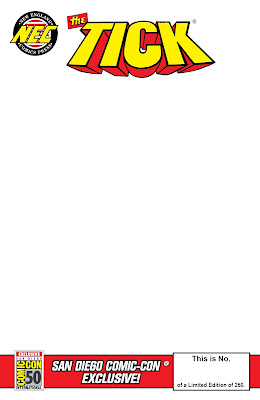 There are two covers to the issue, including this blank sketch cover! 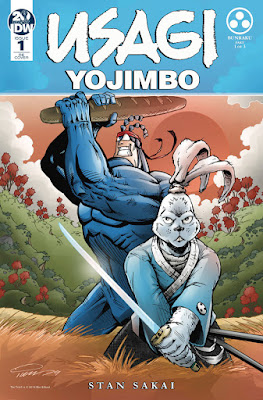 If you're at the show, stop by and say hello. I'm looking forward to kicking off Comic-Con in...a few days?? Okay, back to packing.
Posted by Jeff at 12:57 PM No comments: