This shouldn't come as a surprise to anyone, but there wasn't a lot of merchandise put out for the 2007 Fantastic Four movie sequel, "Rise of the Silver Surfer", at least when compared to the previous film in 2005. I remember watching the movie when it came out - I was in the state of Washington for the summer, and I found a drive-in theater that was playing it. It was apparently labeled as the kids' feature, as it was paired with the animated film, "Surfs Up".

There are only a few things I remember about that night at the drive-in. First, "Surfs Up" was a terrible movie. Just awful. I'd never remember it even existed if I didn't force myself to stick it out just so I could see the Fantastic Four sequel. Next, "Fantastic Four: Rise of the Silver Surfer" was not worth sitting through "Surfs Up" to see. As disappointing as the 2005 movie was (don't kid yourself with that "it wasn't that bad stuff"), the Silver Surfer movie was a directionless disaster, one that featured a not-at-all-tongue-in-cheek Mr. Fantastic dance scene. Most people (justifiably) gripe about the Galactus cloud, but for me, I checked out after seeing Reed Richards do that weird spiral dance move that was almost certainly made for what I assume was a 3-D release. 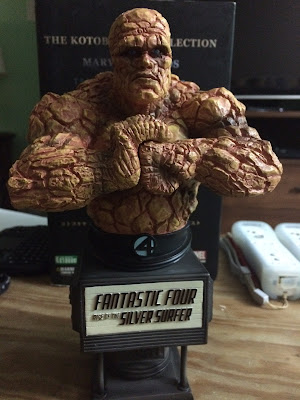 Anyway, it wasn't long after that I first saw the Kotobukiya Collection Thing statue, based on Michael Chiklis's portrayal of the character, but it took another ten years or so for me to actually buy it. Despite the fact that the statue does actually look pretty good, I wasn't in a hurry to purchase something that came from such a boring film. Several months ago, though, I found one on eBay at a good price and pulled the trigger. So let's take a look! 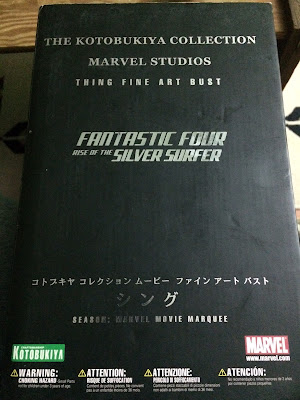 Kotobukiya is a Japanese company, and as such, there was a Japanese influence on the production of this item, as you can see with both the characters on the front of the box... 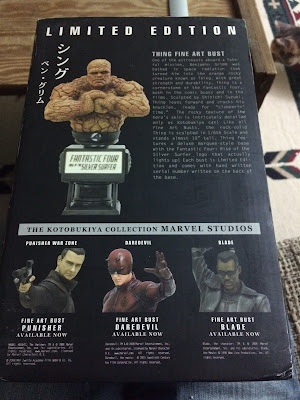 ...and the Punisher, Daredevil and Blade designs on the back. The box itself feels like part of the product, and you could display it as such. 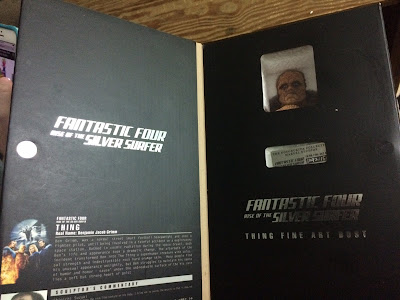 Case in point: the box has a front "cover" which attaches to the inside with a magnet. The inside flap has a window box where you can see the Thing, trapped I guess, along with a numbered mini placard and the movie logo. 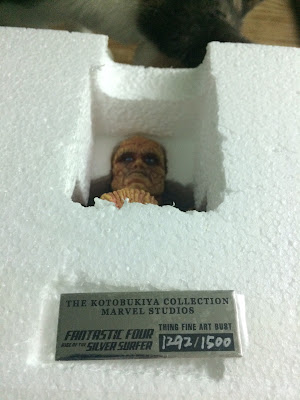 Here's a better shot of the metallic numbered slip. I guess there were 1500 of these made. 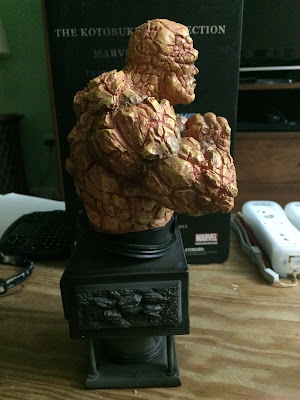 The statue itself is very nicely made. You can tell this is designed after the Chiklis-Thing, but the body is rougher and rockier than the foam-like suit worn in the movie. 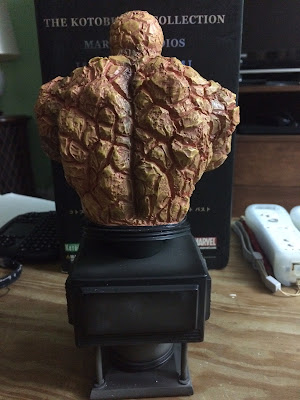 The base is a little weird, with columns or pillars seemingly holding the Thing up on his pedestal. 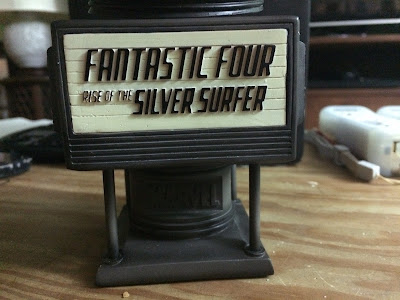 The front of the base is set up, I imagine, to look like a movie marquee, with the movie's logo again showing up. The less we're reminded of this film, the better, Kotobukiya! 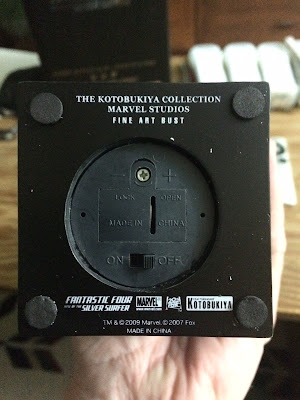 This is the bottom of the statue, which is where the electronics are held and accessed. I didn't mention this feature until now. Did you know that this statue... 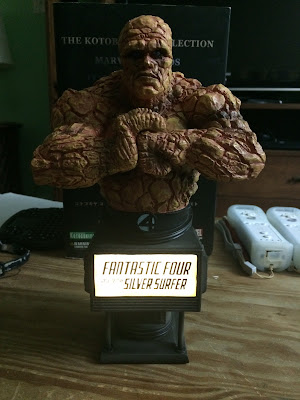 ...lights up? It's not a terrible feature as far as novelties go. It does seem pretty odd to add this to a "fine art" statue, and it does attract even more attention to that damn logo, but it doesn't look too bad. 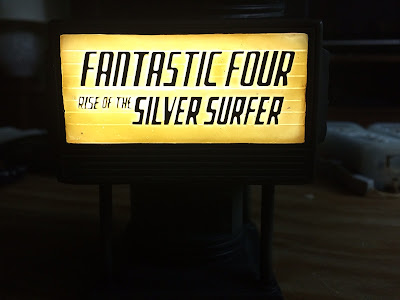 This honestly might be the only piece of merchandise I own from the 2007 film. It's not the best Thing statue I own, but I like it, and if nothing else, it's certainly the brightest!
Posted by Jeff at 1:53 AM No comments: 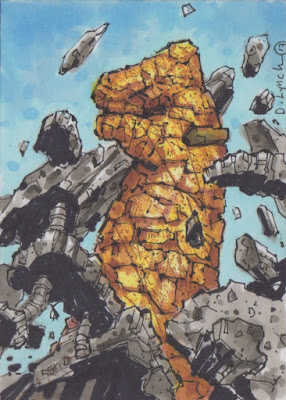 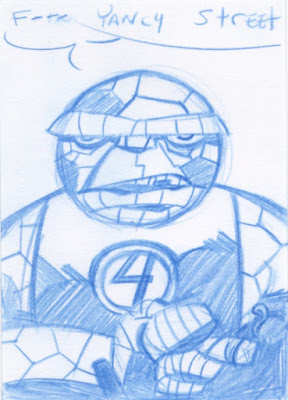 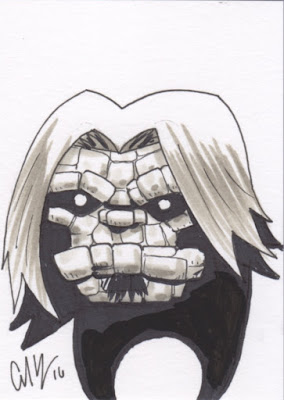 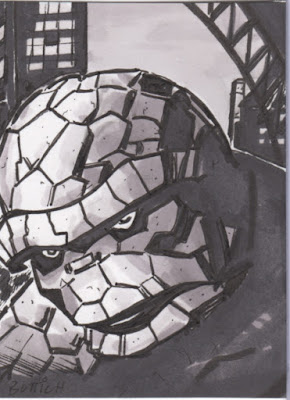 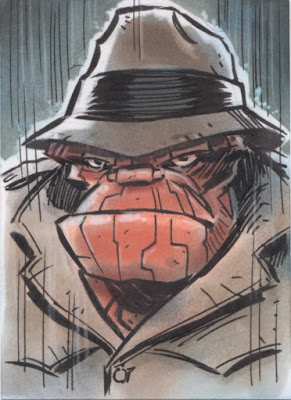