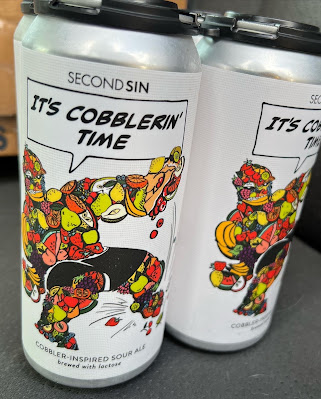 My friend (and yours) Larry often tells me, "for someone who doesn't drink, you sure buy a lot of alcohol." Look, this is true. It's a contradiction to be sure. But Star Trek now makes a licensed Cardassian Kanar and Klingon Blood Wine! The Steelers have made commemorative beer cans for decades! There are several Weird Al-themed IPAs! And now, thanks to the Philadelphia-area Second Sin Brewing, there's a Thing-inspired sour ale named "It's Cobblerin' Time!" So I ask you this - what am I to do? NOT buy these collectable beverages? Nonsense. 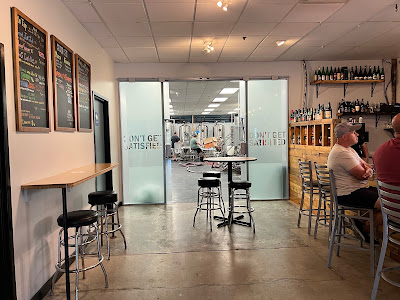 I found out about this new drink over the summer (back when I used to actually post to this long-neglected blog), and after a small amount of research, I discovered that the brewery where it is made and canned was not too far away. So I sent off an email to try to see where I might locate the final product and was told that...I'd have to go to the brewery itself. Second Sin is starting off small. But that was okay - I took the drive to just outside of Philadelphia, where not only was I able to purchase a Fantastic four-pack (I couldn't wait any longer to use that), but I was offered a tour of the brewery itself. Naturally, I took the owners up on it. I was greeted as "the Thing guy!", which is a title I am happy to wield. I spent about a half hour hanging out in the back room brewery, watching the machines pour the beer and seal the cans, and I got to chat with some of the workers about comics and the Thing. I can hang around pretty much anywhere and talk comics, so this was naturally a great time for me. I got to learn a little more about the label's fruity-Thing artwork (a local artist drew it) and about the seasonal Cobblerin' offerings that the brewery cooks up throughout the year. 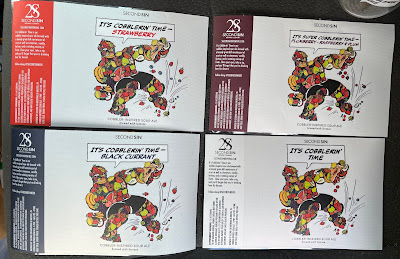 On the way out, the owners sent me off with the different, seasonal labels... 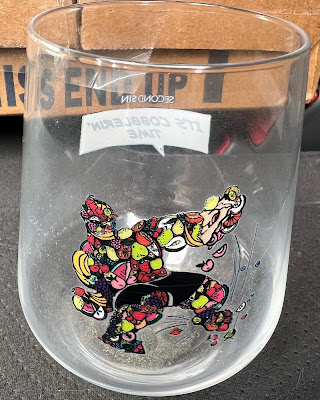 ...and their last Cobblerin' Time glass! I'm really grateful for the time and effort that everyone at Second Sin shared with me on this hot summer day, chatting about the Thing and their new brew. I'm sure Ben Grimm would drink it daily, out of a dirty mug or something.