Here are some pictures from Saturday at this year's New York Comic Con! 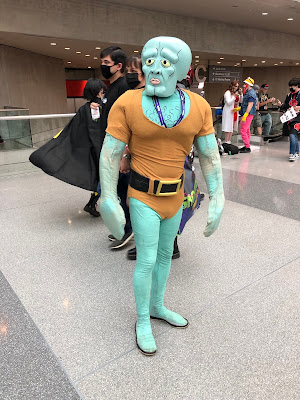 Let's start off with handsome Squidward. 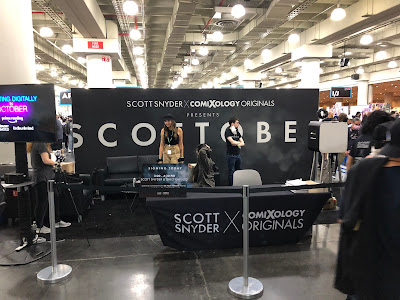 The biggest booth in artist alley belonged to Scott Snyder and ComiXology. Snyder and artist Greg Capullo signed autographs and gave posters and pins to the long line of folks who waited for them. I snuck in just before the two left. 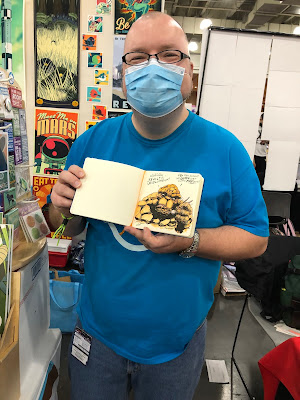 Did I get some Thing sketches at this year's show? I got three of them! It was great to add some more to the sketchbook for the first time in quite a while. Here's Dane Ault from Monkey Minion Press, holding up his contribution to the cause. Dane makes great posters for different conventions, and I've got a few of 'em from San Diego over the last several years. I was very happy to get this sketch. 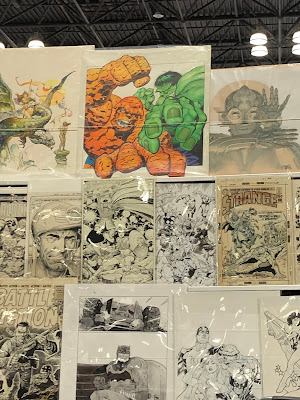 There were more comic book and comic art vendors at this year's show - or at least they were more prominently featured this year. This booth was very impressive, and is that the original Bernie Wrightson art from the Thing/Hulk Marvel Graphic Novel I see? Holy cow! 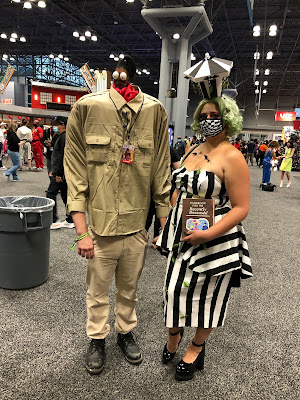 This was one of my favorite costumes from the show this year. Bravo. 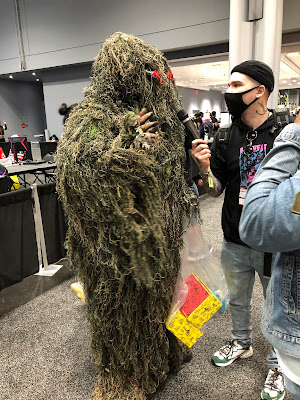 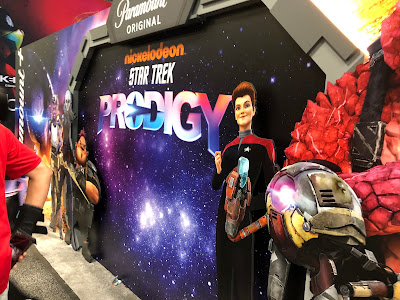 The Star Trek Prodigy booth was one of the biggest at the show. I desperately wanted to walk home with a piece of the display, but alas, I did not. Pictures will suffice. 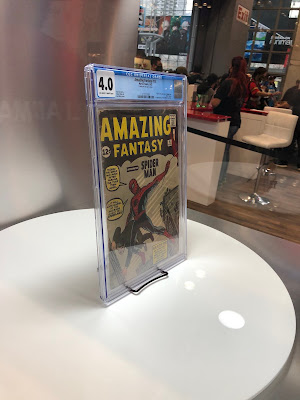 Another impressive booth belonged to eBay, which displayed a number of rare collectibles behind glass. Here's Amazing Fantasy #15! I surprisingly saw several copies of this book at the show this year. 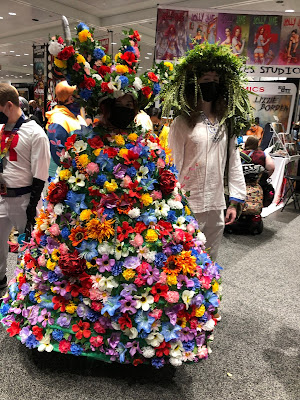 I have not seen Midsommar. Larry tells me that it was weird. 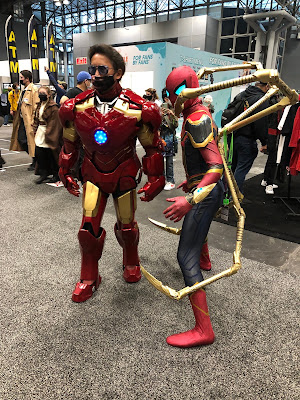 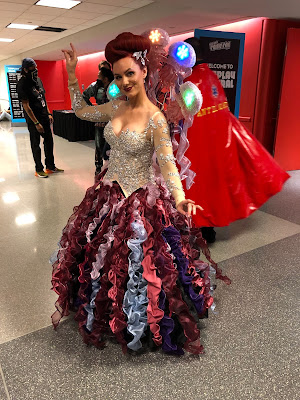 What is this costume? I do not know. Good for this person for going all out, though. 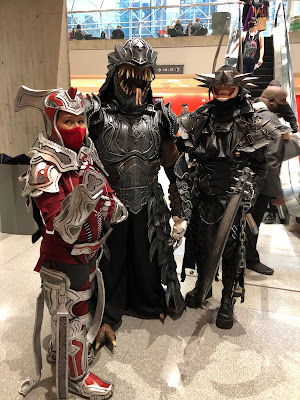 I hate the Joker Who Laughs, I'm ambivalent about Venom, but these are three good costumes. 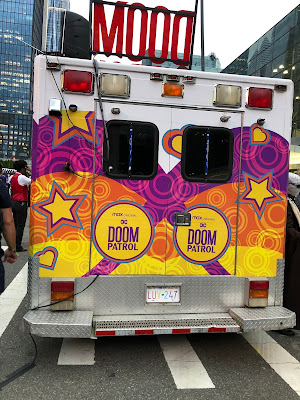 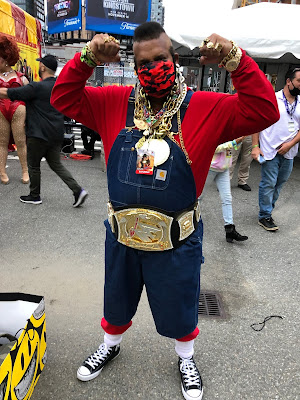 I think this guy dressed up as Mr. T a few years ago, as well. But can you blame him for breaking it out again? I absolutely support this decision. 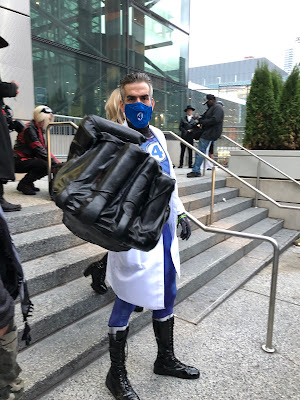 Leaving the show, I was treated to Reed Richards with one big fist. 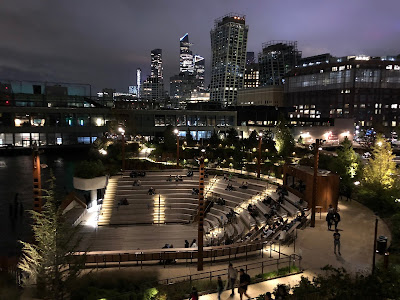 It has been brought to my attention that I did not mention that my pal Larry came to this show with me. I also found out that I have almost no pictures of him (or me, I guess) from this show. These things happen! But Larry came along and I was happy to have the company at what was a weird, but good, show.

After we left the convention center on Saturday, Larry and I took the High Line over to the brand new Little Island, an honest-to-goodness new island that was built for a quarter-of-a-billion dollars off the coast of Manhattan. It's over an acre big and features walking paths, performance areas, food trucks, lots of trees and some very impressive views. I recommend this to anyone visiting the Big Apple. It was my first time back since 2019 and I really missed it!

I was really unsure about attending this show, for obvious reasons, in the weeks leading up to it. But it wasn't overcrowded, masking was enforced, and it ended up being a fun time. The show lacked a lot of big draws and there weren't nearly as many attractions in general, but I'm still glad that I went. I bought some comics and some art when I was there, got some Thing sketches, saw a few friends that I hadn't in a while, and got to explore New York a little bit, too. I'm sometimes critical of NYCC for how they handle their show, but this one was a good, albeit weird, one. It was good to go to a show again.