Read the story for free here!

I've been involved with FUBAR for about five years now, and there are a lot of stories that I'm proud of and enjoyed working on. A while ago, I wrote a story featuring Elvis Presley and the many conspiracies surrounding his death. It ran much longer than I had planned, so it was eventually decided that it could support its own single-issue book, which soon grew to a full 32-page issue to be filled out with a few backups. These backups would all focus on musical artists. I almost made the biggest mistake of my life (possibly) by not putting two and two together and writing one of the stories about "Weird Al" Yankovic. But soon enough I came to the obvious conclusion and the eight-page short "Eat It" was born. 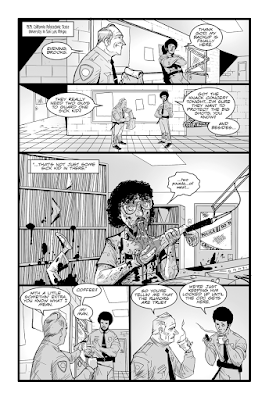 The story itself might just be the easiest thing I've ever written in my entire life, as the inspiration was of course there. I tried to add in as many references as I could and sent the script off. Jeff McComsey provided the pencil roughs before sending it off to Jim McMunn for the finished art. I lettered the final product, which I'm very happy to see completed. McComsey and I decided to show the entire "Eat It" story online, and you can read the whole dang thing for free here: http://imgur.com/gallery/17maB/new 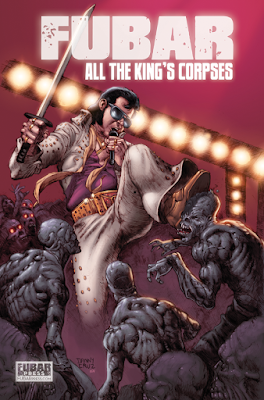 The entire issue, titled "All the King's Corpses" and featuring an Elvis cover by Danny Cruz and Paul Little, while be solicited in Previews soon. In addition to the Elvis and Weird Al stories by me, there's a Jim Morrison story by Michael McDermott and Will Perkins, a Waylon Jennings tale by your friend (and mine) Larry Franks and Kelly Williams, and a new Combat Quiz by Jennie Wood and Williams. 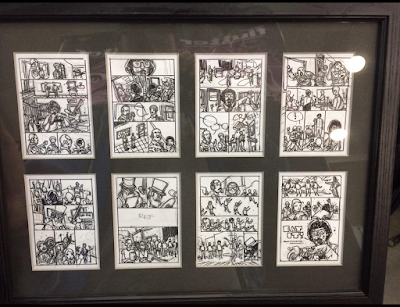 When I was at the Baltimore Comic-Con a few months ago, Jeff McComsey surprised me with the eight pencil roughs, all framed up and looking great. I was really taken back. This is hanging up right behind my computer, actually, so I'm looking right at it as I type this. 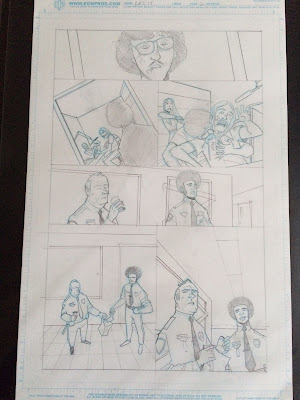 Not only that, but soon after, Jim McMunn was kind enough to send me the original page art for the story. Here are a few images of that. 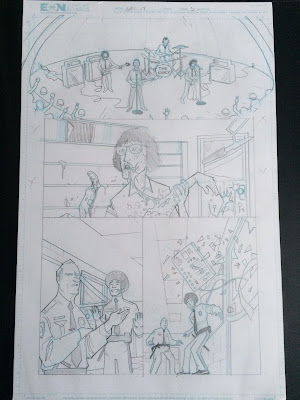 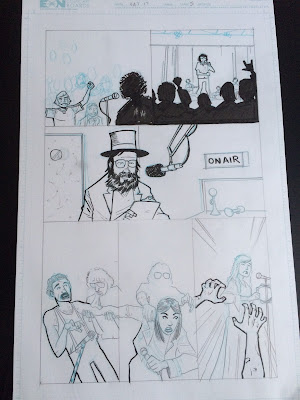 Jim finished all of the artwork digitally, so the physical pages are in different states of completion. They look just fantastic and I'm absolutely thrilled to have them in my possession. This was a passion project that will hopefully have some appeal for others as well. I'm so glad that I finally got to write a Weird Al story. I'm even more grateful that some friends helped out and that it turned out as good as it did. I hope you all enjoy it as well! 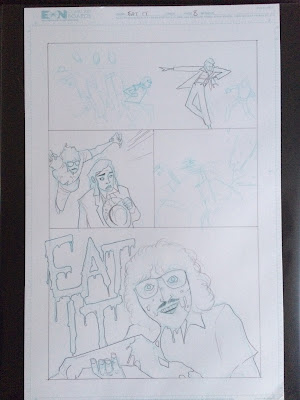 Addendum: Sometimes I think, "what can I title this post that might make it show up earlier in search results?" Or, "if someone sees an image from this post on a Google search, how can I try to make sure he or she knows that I had something to do with this?" (this usually occurs when I am shouting into the void). And then, a title like the one at the top of this post is born. Carry on.
Posted by Jeff at 12:52 AM