Well, hello, Internet. It's been several months since I've posted anything. Has anyone noticed? Maybe Larry noticed. Anyway, I had to take a break for a couple reasons, both mostly accounting to the excuse "I'm busy". This isn't a great excuse, because I love you, Yeti blog. I think I've had this damn thing for nine years. But the spring brought about some new online classes that I signed up to teach, which meant a lot of content design, and it also brought some new comic book work, which is by far more exciting and enjoyable. I'll try to update more often, but maybe not as often as in years past, because a lot of my time is not going toward making comics, and that's, I guess, pretty neat.

So let's try to spend a few minutes going over what's going on here in whatever year this is now: 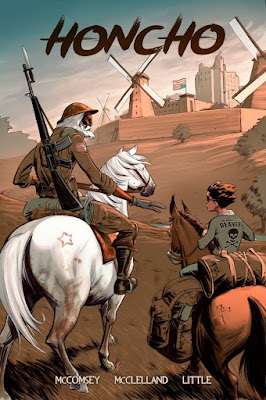 Probably the biggest news is that the first volume of Honcho is finished and has made its way back from the printer! It topped out at around 120 pages and, if I can say so, it looks really great. Everyone did a really nice job with it. Jeff McComsey and I are trying to find a publisher for a wider release, which I think the book deserves, so we'll see how that goes. 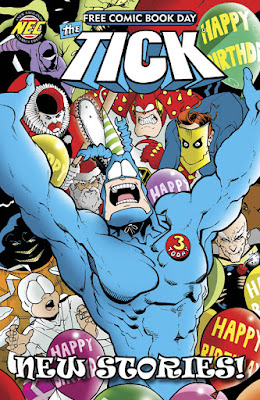 Free Comic Book Day 2017 has come and gone, and with it, a new issue of The Tick! This is actually the fifth year in a row that I've been able to write a story for FCBD, and as in previous years, I was able to travel to Boston to sign some books at a few different New England Comics stores. This will be a big year for The Tick, as the first season of the new television series officially premiers on Amazon's streaming service in August. I wrote a new story for this year's San Diego Comic-Con, where there'll be some surprises in store regarding the show and a few different items related to it. Let's take a tiny peek at one of the panels from that new comic: 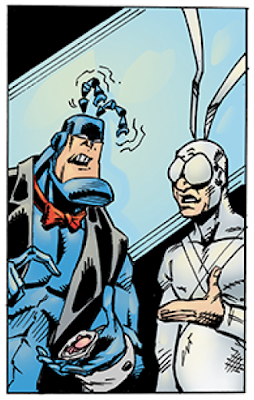 How tantalizing! What could it mean?? 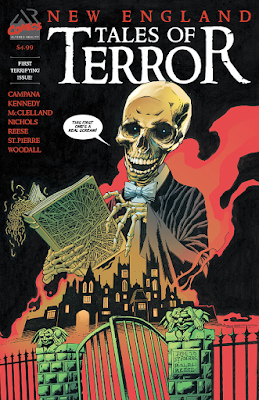 I had a short story published by the newly launched AR Comics. Ian Nichols (who drew the above Tick panel) invited me to contribute to the geographically-named "New England Tales of Terror", which premiered at a local New England comic convention in February. My story was drawn by none other than Joe St. Pierre, formerly of Spider-Man 2099 fame, so I was pretty excited. 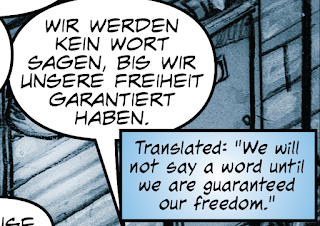 This hasn't been formally announced yet, so keep it to yourself, but I'm lettering an original graphic novel that has been picked up by Image Comics. I can't really talk about it at any length, but I lettered a pitch for the book in 2015 and we recently got the go-ahead to produce the full-length story. If all goes well, this'll be my first work under the Image banner, which is very exciting. I hope I'm not jinxing it by talking about it. 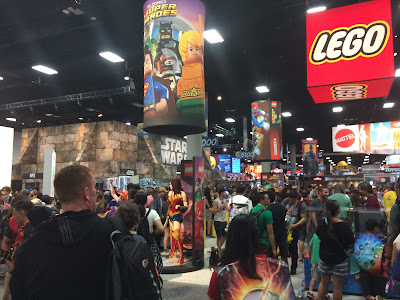 I'll be at Comic-Con in San Diego once again this year - my sixth year in a row! I'll have copies of Honcho with me along with the aforementioned new issue of The Tick. I'll be sharing a booth with the very talented Jennie Wood in the small press section. I'm a little surprised with how excited I still get for Comic-Con. I'm in full preparation mode over a month away. This should be a fun year. Oh, and if all goes well, I may have something that looks similar to this with me at the booth: 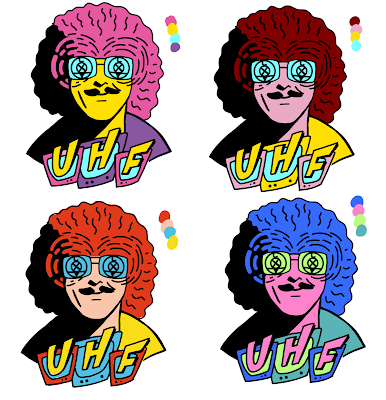 Let's keep our fingers crossed for this one. 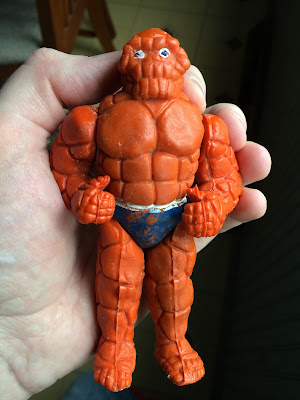 How many new Thing items have I gotten since I last posted an update? LOTS, including this incredible (and ugly) bootleg Thing toy from Mexico. What's up with his mouth? Wow. Anyway, I've landed quite a few items that I would love to show off, if only I had a blog or something to post them to - oh, wait. I guess that's what this is for.

I'll post again soon. Not too soon. Soon-ish. We'll all do what we can. Take care, folks.
Posted by Jeff at 3:40 AM No comments: