It's time to look back at Friday evening at Comic-Con! After the convention center closed, I headed out the back entrance and got in line for the Adult Swim State Park exhibit. I thought that chances were slim for me to get in, but luck was with me and I had a great time. 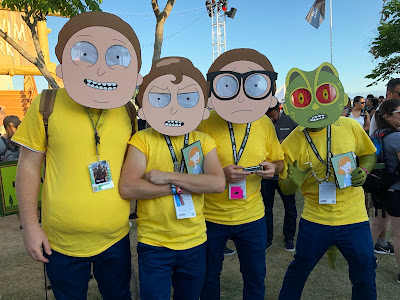 Greeting me in line were, from right to left, Lizard Morty, Glasses Morty, Slick Morty and Left-Handed Morty ("then you should use your left hand to eat more vegetables"). 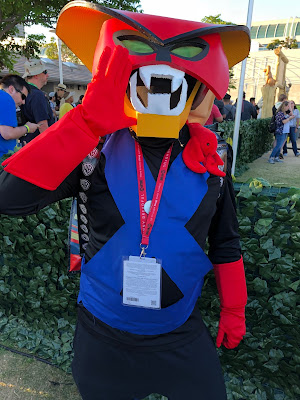 I soon found out that the Adult Swim costume contest was being held this night...and I just about lost my mind when I saw this iiiiiiiincredible Brak! 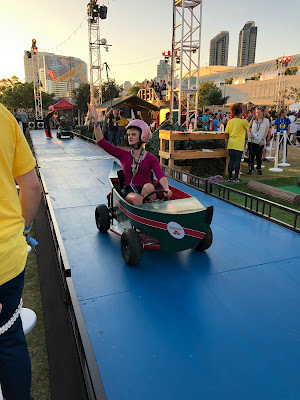 The canoe races were in full swing. 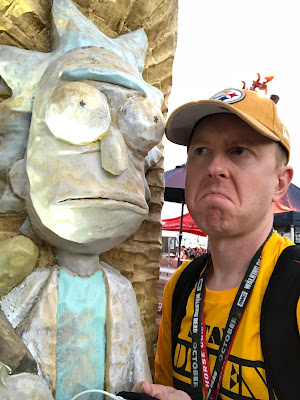 This Rick carving was set at the entrance. I made it inside just as the evening's events were starting. 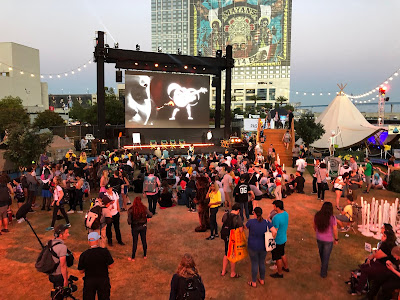 Here's a view of the grounds. 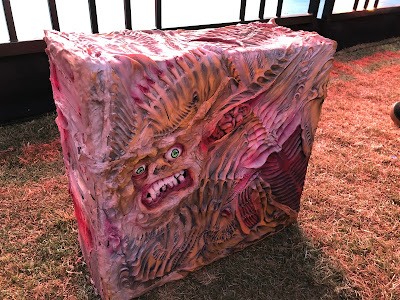 As I was waiting in line, Adult Swim held an auction for mostly awful things, plus a few really great items. Someone won this prop from the show "Your Pretty Face is Going to Hell" - it's an actual desktop computer with the demonized prosthetics on top. 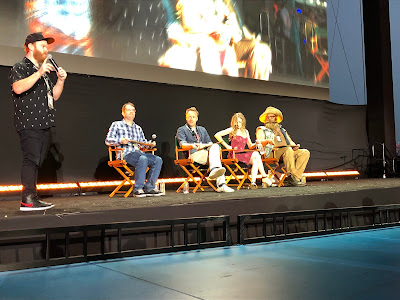 A few minutes after I sat down, a panel was brought on to judge the costume contest. Third from right is Jackson Publick of the Venture Bros. 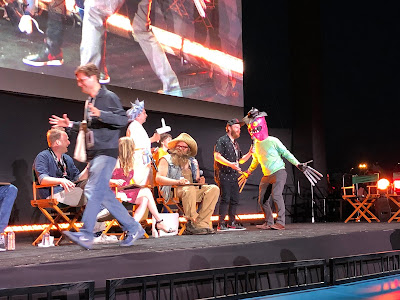 And here's Scary Terry chasing James Urbaniak around the stage. In the end, who won? Why, Brak won, of course. I screamed like a lunatic when he came out on stage. Am I saying that I was the reason he won the contest? Yes, I am.

After the costume contest ended, everyone in the crowd got to see the first two episodes of the new Venture Bros. season! This was before they aired, so it was a nice treat. 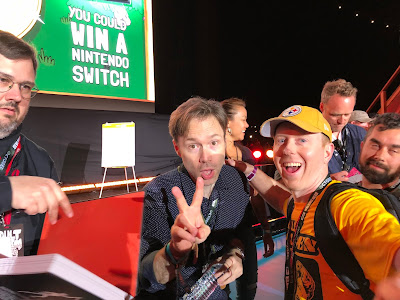 Afterwards, there was a short Q&A with Publick and Michael Sinterniklaas, who voices Dean on the show. Here's a picture with him! There are a lot of other interesting faces being made in this picture. 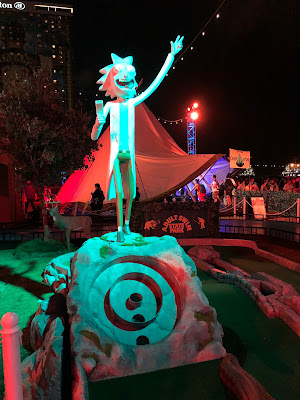 The event lasted from around 8:00-10:00. There were more things happening afterwards (the State Park was open until the early hours of the morning), but it was time to leave and get ready for Saturday. 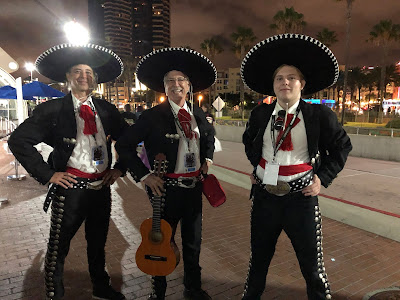