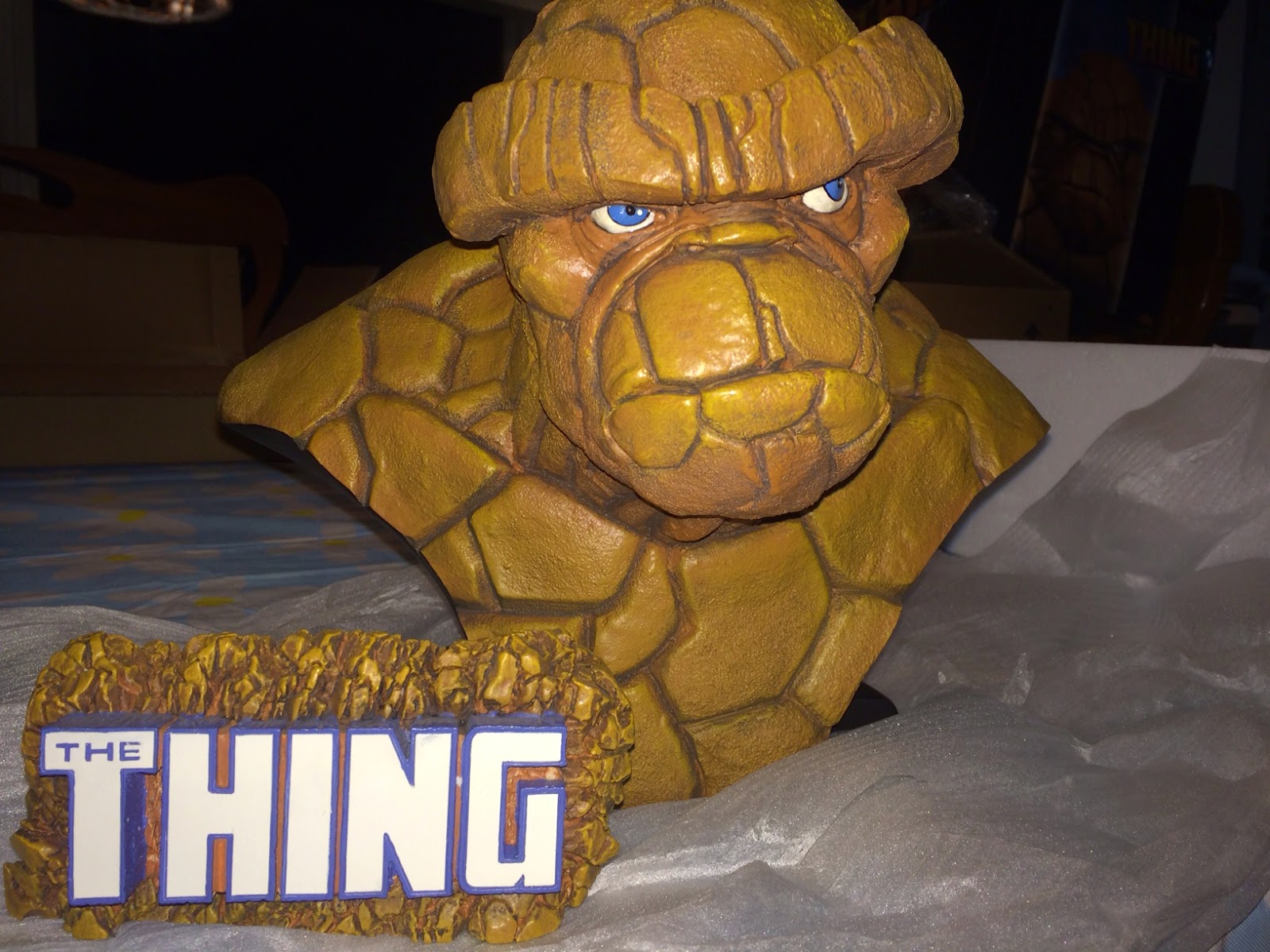 I've been on a bit of a run lately with some nice Thing merchandise.  Up now is the Thing Legendary Scale Bust from Sideshow Entertainment.  This is one of the larger busts available, and when I found it for a good price I couldn't turn it down. 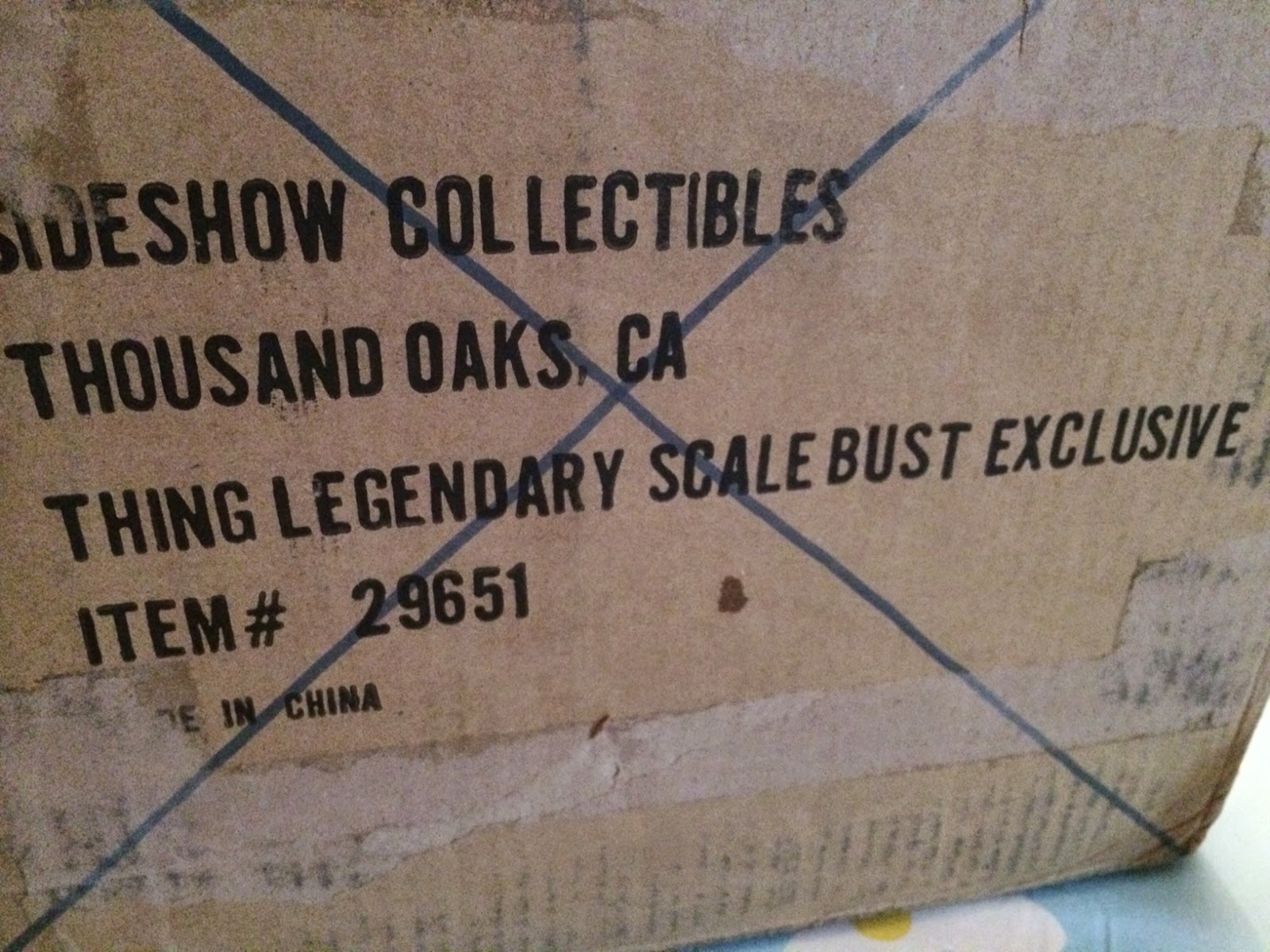 I'm glad that the original shipping box was included.  Of course, that just means one more thing that I can't toss out.  Ah well.  When you see a box from Sideshow in the mail, you know that good things are inside. 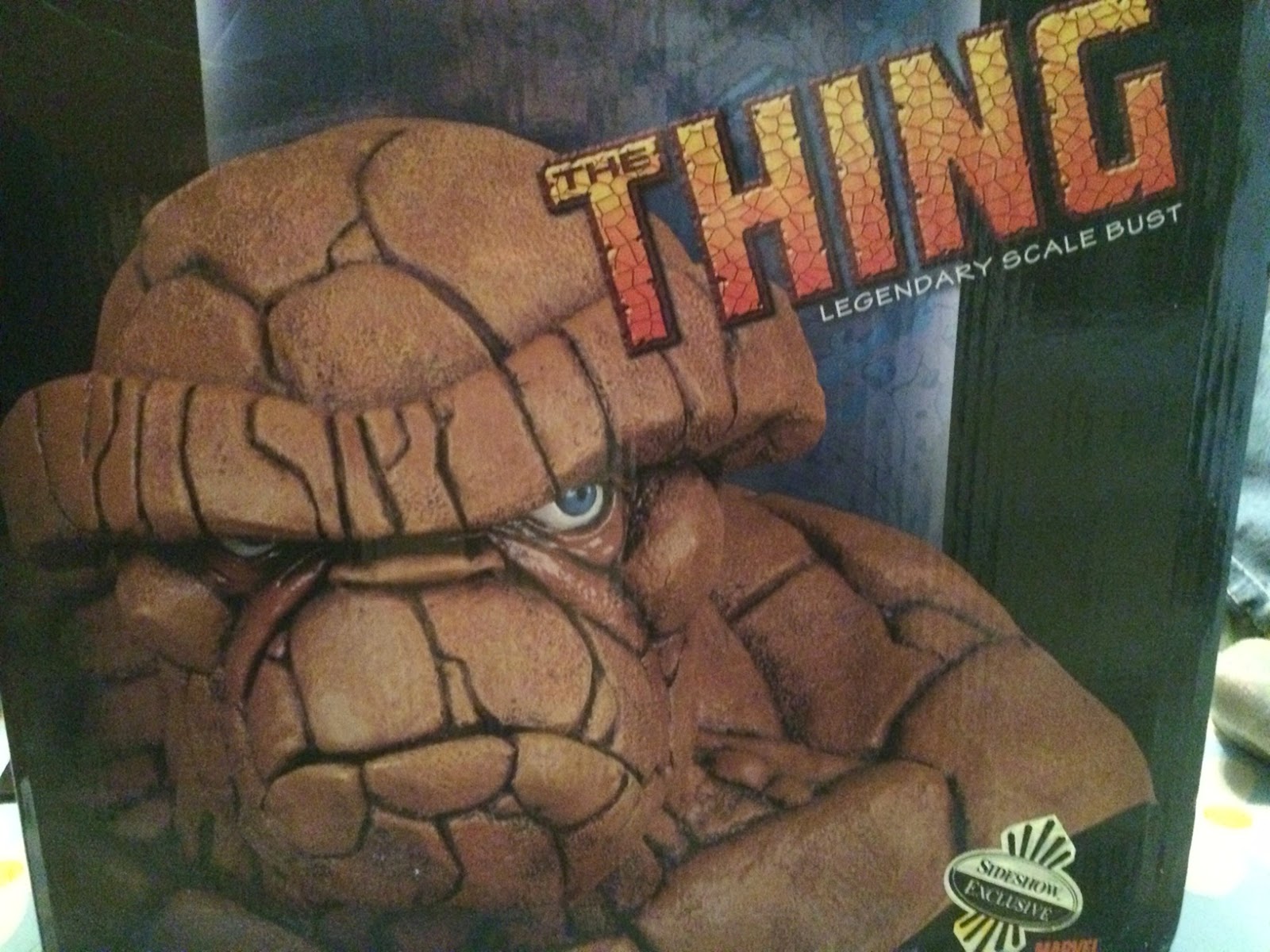 Here's the inside box. 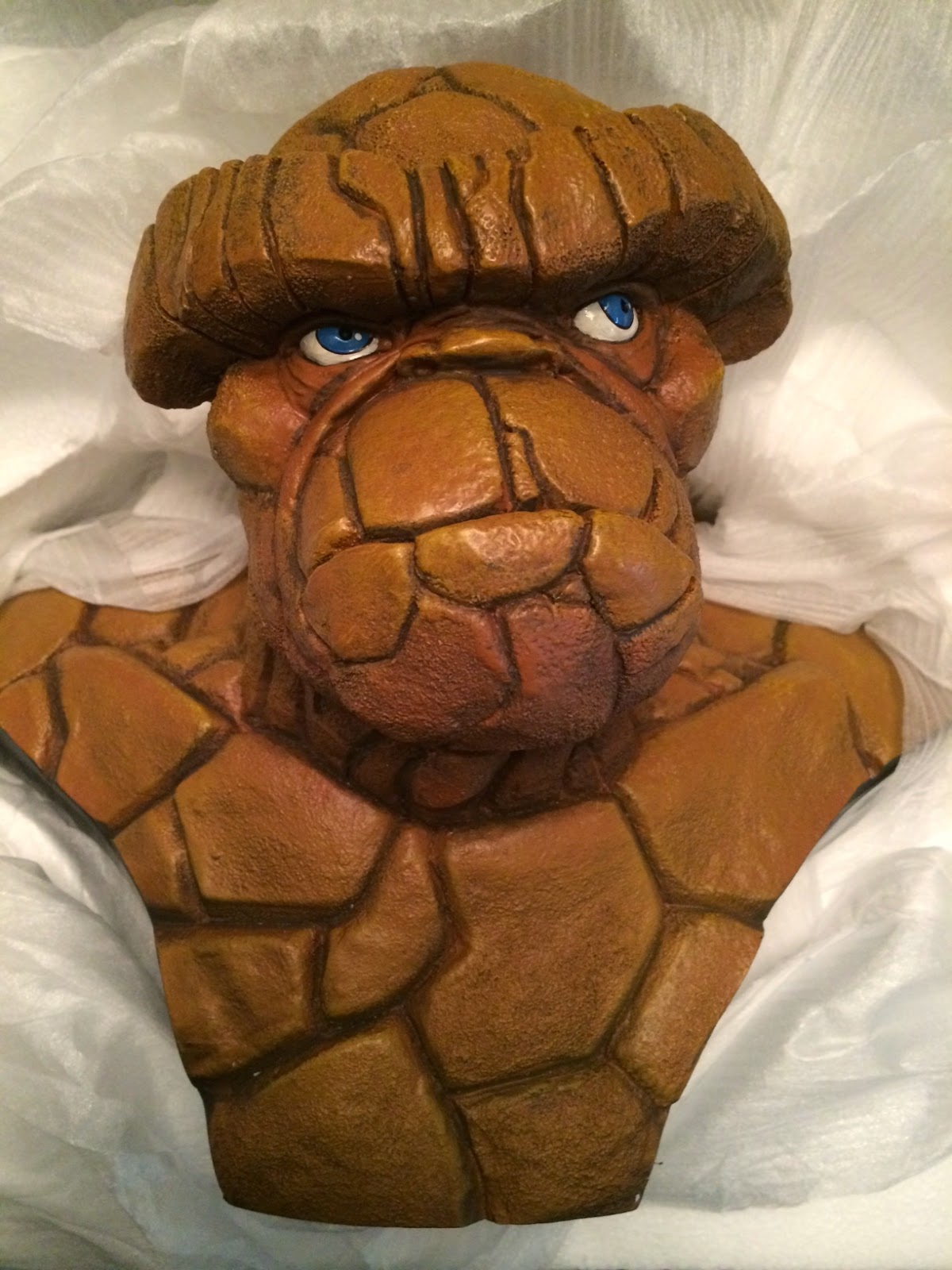 ...and inside the box is Ben Grimm in all his glory.  I would guess that this is about a 1/3 scale replica, which is still pretty big.  It weighs about 13 pounds but is lighter than I expected.  This version was labeled as a Sideshow Exclusive edition.  It's limited to only 150 copies.  I lucked into this version, honestly, as I didn't even know there was an exclusive edition.  As to what exactly makes this exclusive, well, from what I can gather, it's this: 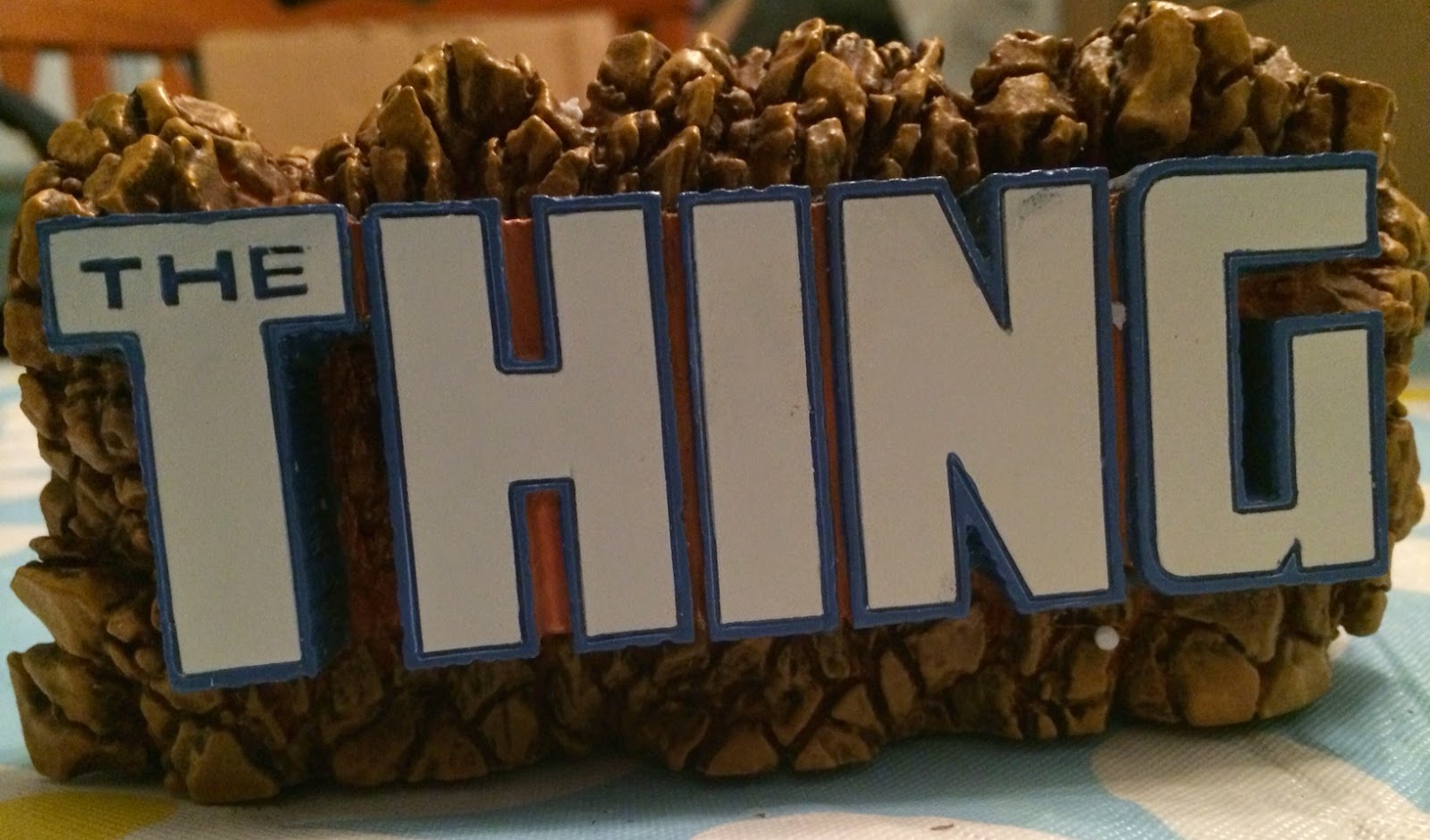 It's a separate Thing logo on a...a rock...thing.  It's about six inches long and I find it to be cooler than I probably should.  I'm glad I landed the exclusive because this addition adds something to the whole presentation. 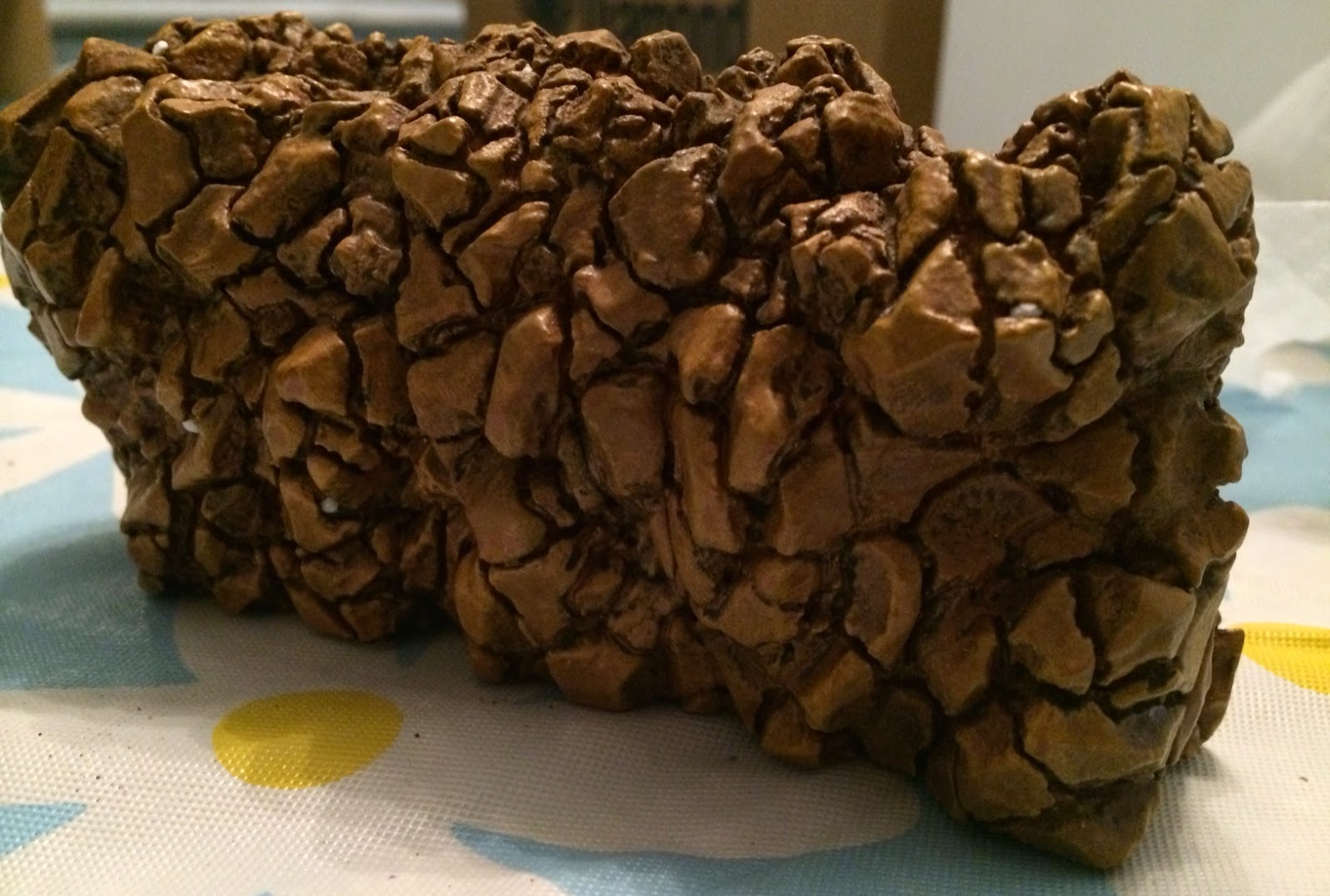 Here's the back!  It's like a Thing candy bar or something. 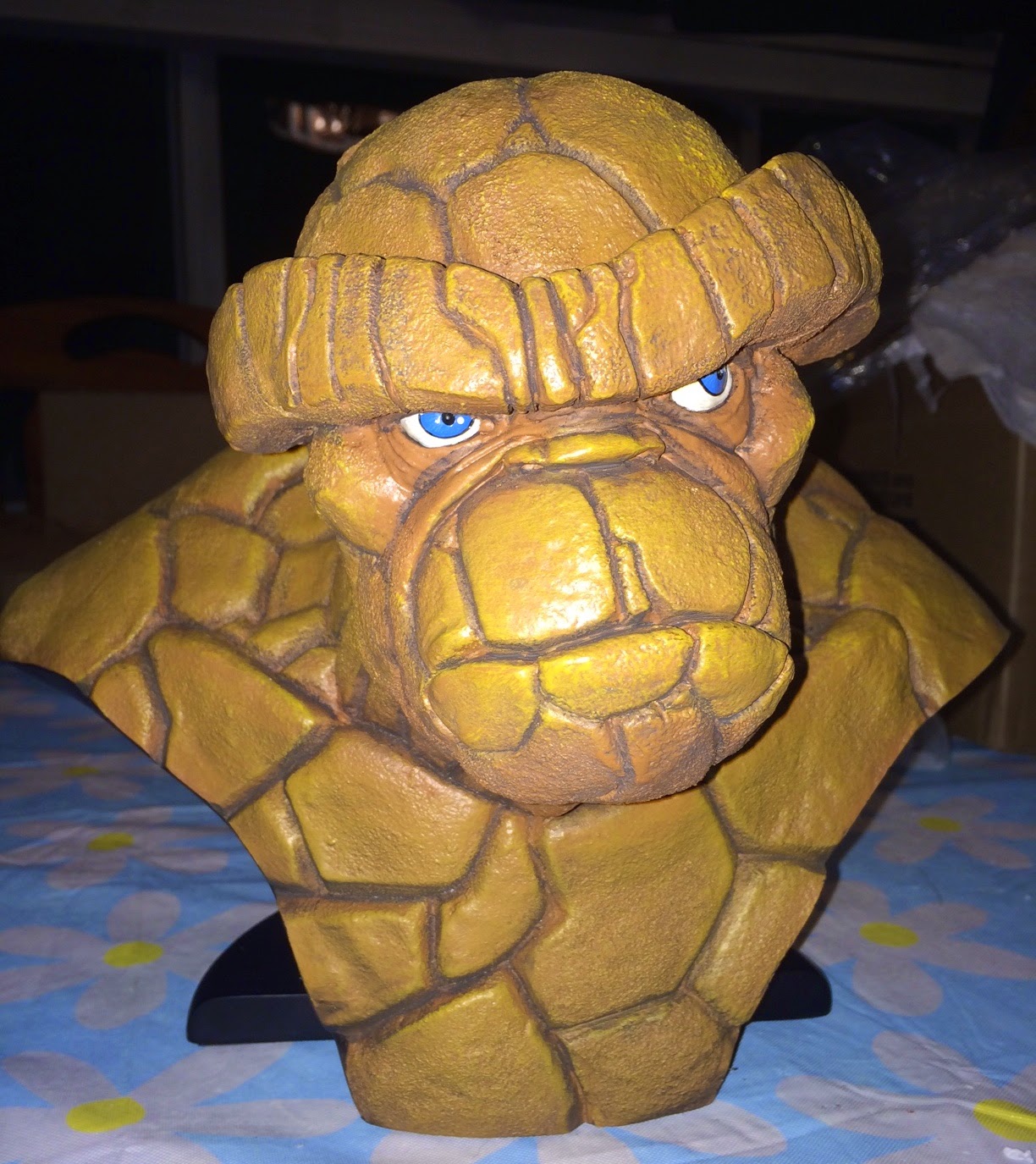 The bust is solid and glossy.  It makes an impressive addition to the statues that I've currently got. 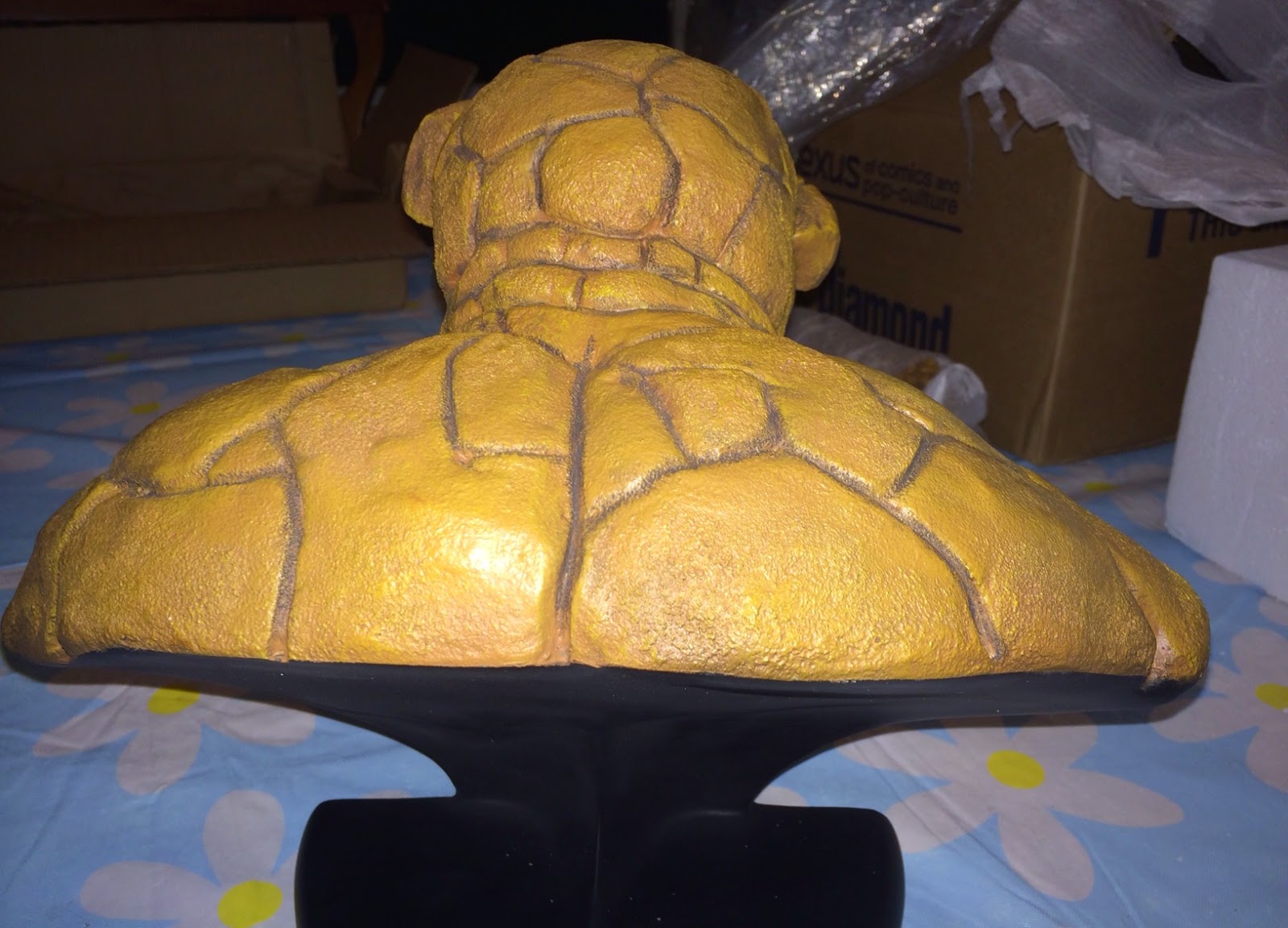 The back is just as impressive.  This is the second Sideshow statue that I now have, the first of which is the Tick, which coincidentally is also the exclusive version. 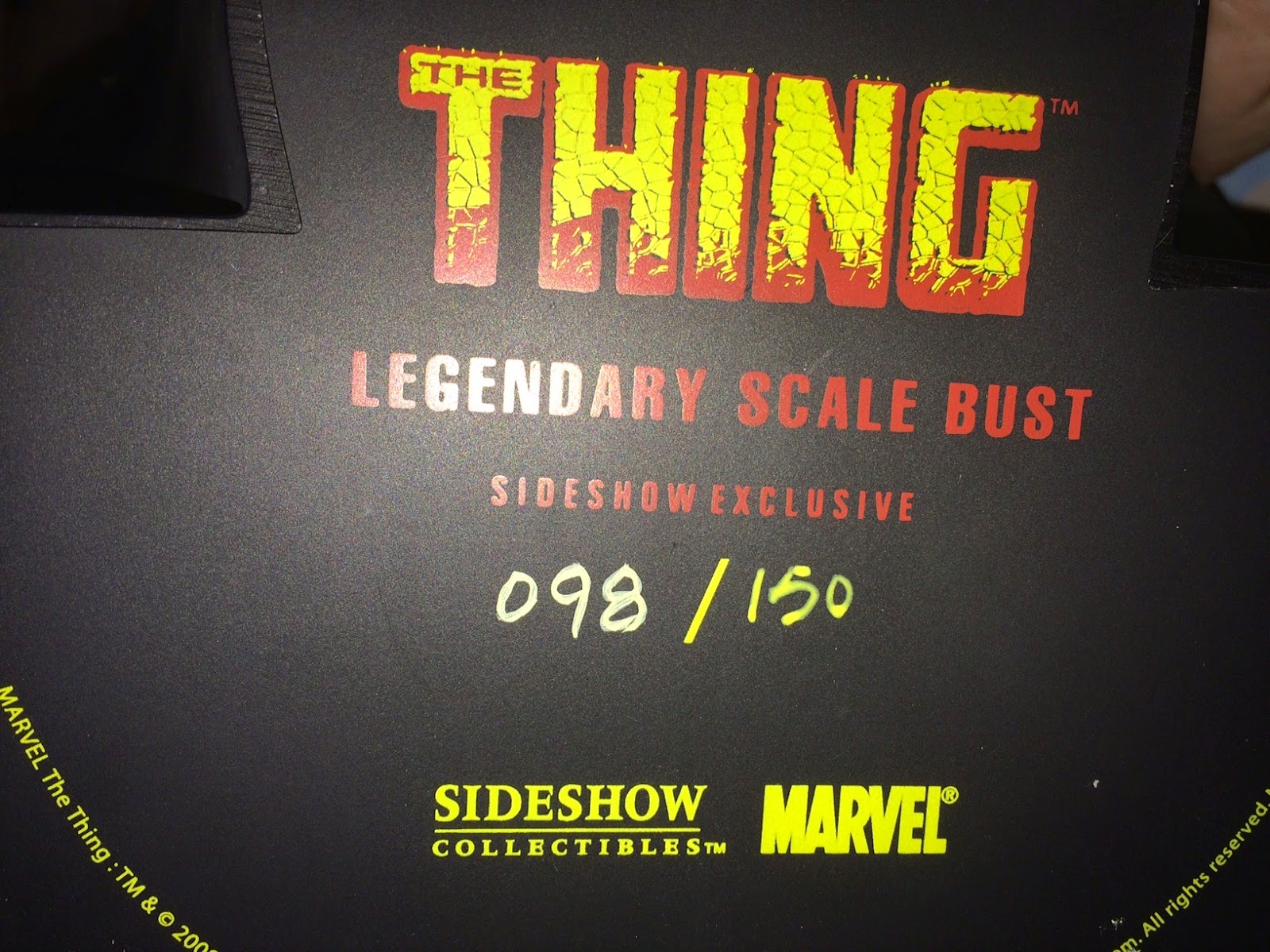 And here's the bottom of the statue's base, with the numbering written on it.  Onward and upward.
Posted by Jeff at 9:44 PM No comments: