Pitches that never made it: Adventure Time Comics

I should pitch more stories. One of the toughest things to do, for me, is figuring out who to reach out to when pitching ideas. Comic book editors are generally very busy and are also not necessarily worried about things they could publish when they've got what they ARE publishing on their minds. But I do still try, even though it takes a lot of time and effort and doesn't always get a good response - or even any response, as if often the case.
Below is part of a story that I pitched to Boom! Studios when they were publishing their Adventure Time comics line. At one point, there were two ongoing Adventure Time series along with a number of miniseries from a number of creators. I was never able to crack the code to get in on the publishing angle of things, but here you can see my best attempt: 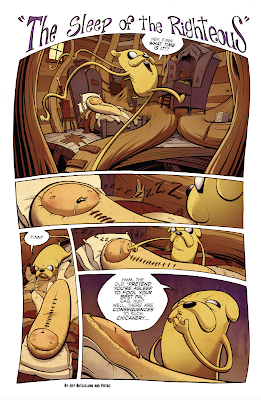 My friend and frequent collaborator Pietro drew the first two pages of this story, which was going to end with Jake falling asleep just as Finn wakes up. As always, Pietro makes anything look good, as these pages are just beautiful to behold. Pitting pitches together is always a time consuming process, and when they don't work out, you're sometimes left with pages that will never see the light of day. But if I've got 'em - especially when they're for projects that no longer have a published comic to put them in - I might as well show them to you, all of my good friends on the internet.

I've been thinking a lot about comic book conventions lately. I will say that after more than a year away, I am looking forward to the opportunity to go to shows once again. The New York Comic Con is preparing to sell tickets to their October show soon and others are on the horizon, as well. So with that in mind, I thought it might be appropriate to show off another five convention sketches of the Thing from my personal collection. Let's get to it! 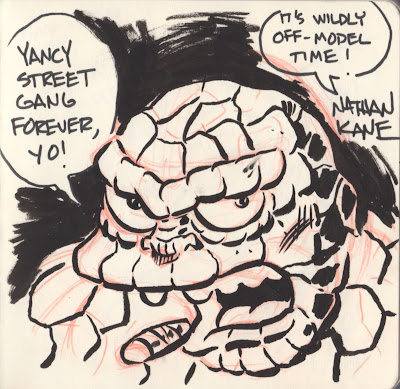 Nathan Kane - Comic-Con International 2018
Nathan Kane, in addition to having a very comic book-y name, also works in the comic book industry. He was one of the head editors at Bongo Comics, as well as a colorist on many of their titles. I had met Nathan a few years before and would always bug him about letting me pitch some stories for different Bongo titles - he outlasted me, though, because it was at Comic-Con 2018 that they announced that Bongo would stop publishing. This is a bummer. But I did get this Simpsons-themed Thing sketch from him! I guess that's some consolation. 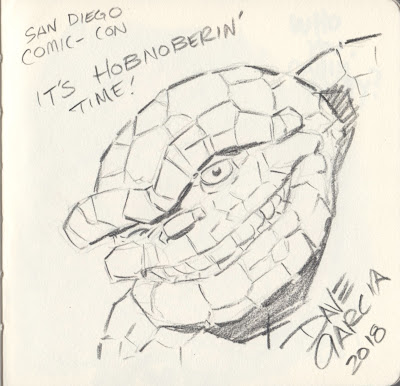 Dave Garcia - Comic-Con International 2018
Dave Garcia is a fun guy and a great comic artist who has worked on quite a few issues of The Tick - first as an inker of Ben Edlund's pencils, then as a penciler/inker on books like Paul The Samurai, also from New England Comics. I had a nice chat with Dave on the day he drew this really charismatic Thing sketch for me. I hope to see him again at the show in 2021 or '22! 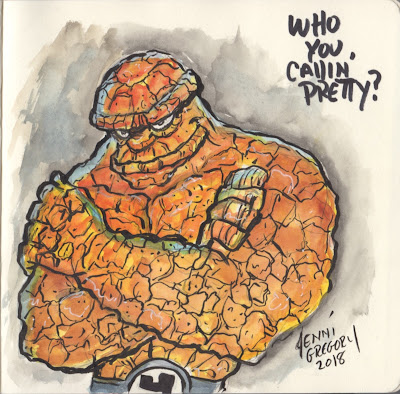 Jenni Gregory - Comic-Con International 2018
I was booth neighbors with Jenni Gregory in the small press section at Comic-Con in 2018, and at the end of the show, she was kind enough to add this broad-shouldered Thing to the sketchbook. Jenni is a fantasy artist, caricaturist and comic book creator on books like Abby's Menagerie and and DreamWalker! 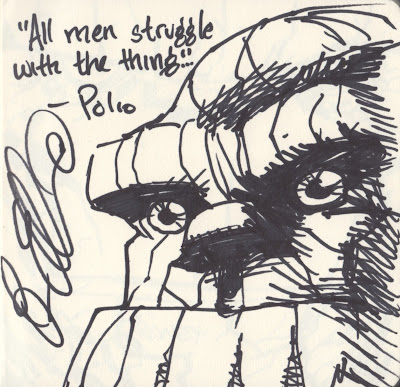 Ben Edlund - New York Comic Con 2018
There's not much to say about Ben Edlund that I haven't said time and again. Ben is a creative genius and a comic book hero, not to mention a really wonderful human. He created The Tick and he was a creative force behind Firefly. And he drew the Thing in my sketchbook! Good gravy.
I saw Ben at the New England Comics booth at NYCC 2018. Season two of Amazon's Tick series had recently wrapped and Ben was as relaxed as I've ever seen him; booth traffic was slow so I got a chance to chat with Ben and NEC art director Bob Polio for a while. As Ben was sketching, Bob mused that "All men struggle with the Thing," and thus this masterpiece was created. This is one of my absolutely favorite Thing sketches. 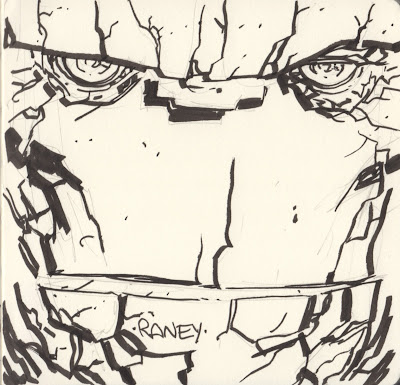 Tom Raney has had a long career in comics, working for both Marvel and DC as well as many smaller publishers. I love the extreme closeup sketches that I've gotten, and I love the "single crack down the middle of the mouth" look that has been so popular with the Thing in the last 15 years or so. Raney's Thing is definitely a great one!

Well, that's it for now. It's time to get more Thing sketches! Hopefully I can add a few more this year.