A veritable slew of props from Amazon's Tick series

Last year, Heritage Auctions sold off a number of props from the gone-too-soon Amazon Tick series. As I wrote around that time, a lot of the items - and especially the costumes - went for big bucks. In the year that has followed, though, the items that were left over have become more and more affordable, to the point where I have been able to get some really great items for not that much cash.
I recently got a lot of them together and made this post to show some of 'em off! 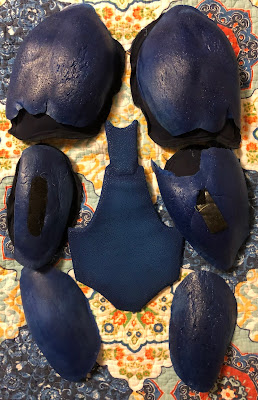 First up, and most impressively, I think, is a lot that contains actual pieces of one of The Tick's season one costumes. These are all labeled as "back panels," but most of them are arm segments. 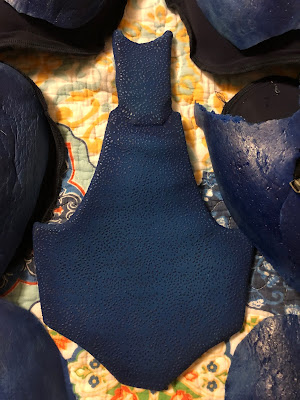 Here's a closer look at this exterior piece, where you can see the textured nature of the material. 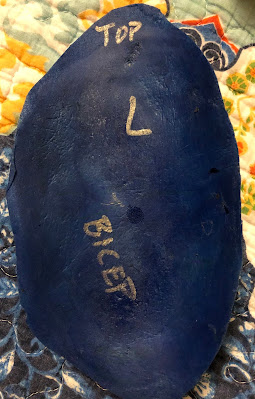 Some of the pieces were labeled on the inside, such as this bicep piece. The sections were all slightly rubbery and felt like they might fall apart if I touched them too much, so they'll remain in the bag in which they were shipped! 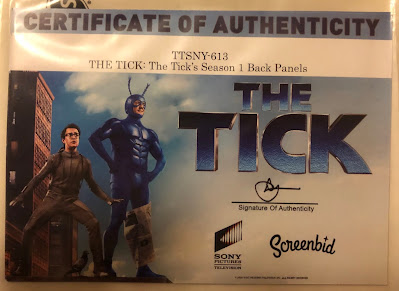 All of the pieces came with certificates.
So what else did I get? Nothing else can really top the costume pieces, but I did get a few very cool items, including: 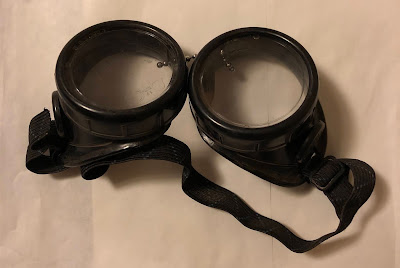 Goggles from the Lobtercules costume! 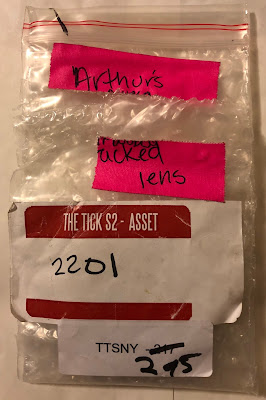 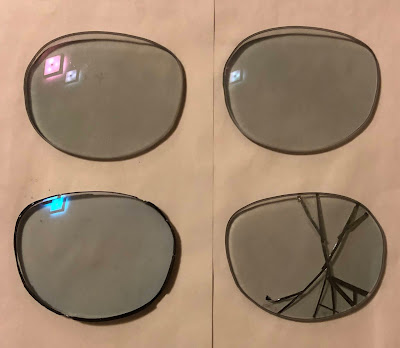 Griffin Newman's Arthur spent a part of the second season with cracked helmet lenses, and I got one of them here. It's not actually cracked, but there's a metallic tape on the inside of the lens. It looks pretty convincing! 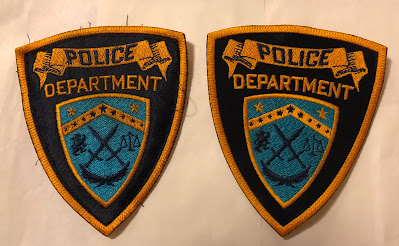 Here are some patches from the City police uniforms! 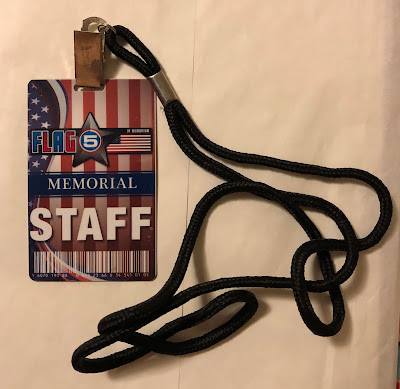 Now here's a prop from one of the scenes I was in when I was an extra during the first season. It's a Flag 5 memorial staff card! 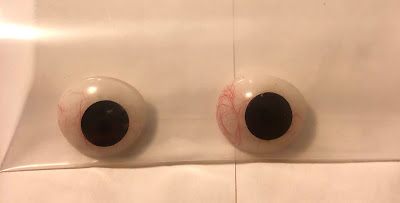 These glass eye props are about as weird as you might expect, at least without some context (and even then...). These are, of course, props for the Miss Lint character, who had many options when putting in her false eye. These are just a few. I can confirm that they are made from glass. 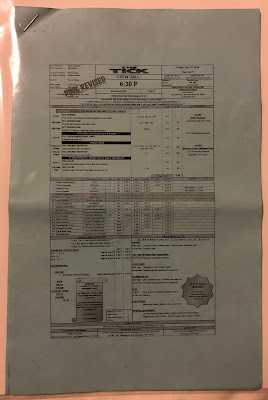 This is one of Peter Serafinowicz's daily scripts for a season two episode. Which episode? 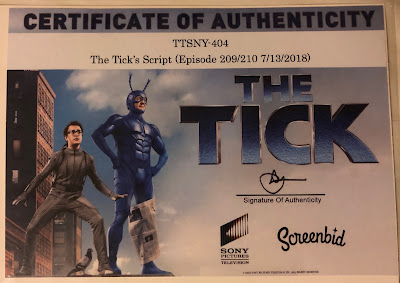 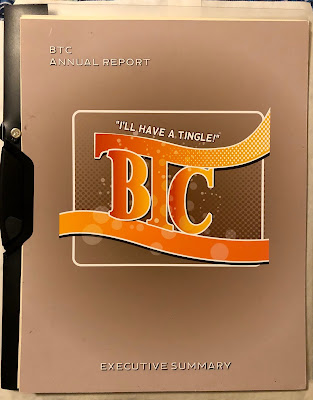 This is a Brown Tingle Cola executive summary report for the Terror's soda company, filled with charts and the like. 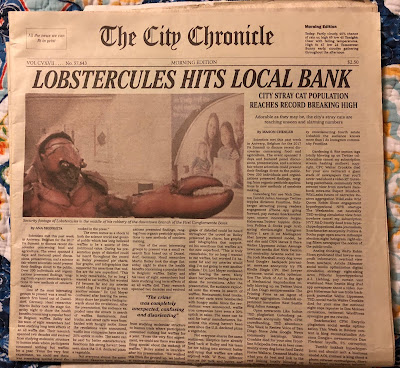 Here's another item that went for a ton of money when other copies sold last year. The City Chronicle is one of the fine journalistic endeavors in The City, and this one even comes with a picture of Lobstercules on the front. If you zoom in on the articles, you can read some fine word salad. 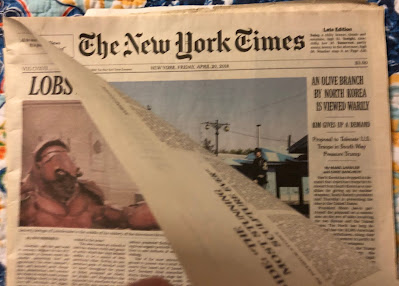 The Chronicle front page section was just placed over a real-world copy of the New York Times from April of '18.
I feel like I have enough props to start a Tick-themed museum now, or at least to set some up at the New England Comics booth at conventions (this will never happen). 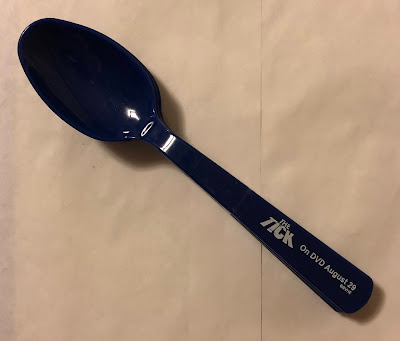 I found this promotional item on eBay, and it's actually a promo for the original live-action Tick series, with Patrick Warburton as the blue titular hero. These plastic, branded spoons were given out at Comic-Con in advance of the complete series DVD. 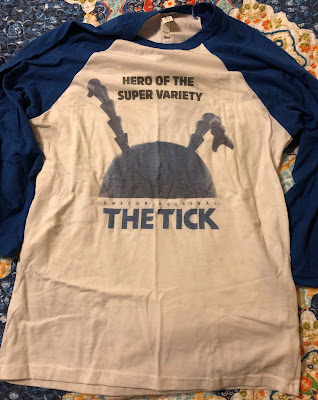 Also on eBay, I found another of these Tick experience shirts from Comic-Con. They came with a variety of slogans and were printed on site. All of the others that I have are giant in size - this one is small enough that I could actually wear!
I'm always on the lookout for Tick props and I'll always think back fondly on the series. It was fun while it lasted.
Posted by Jeff at 3:05 AM 1 comment: