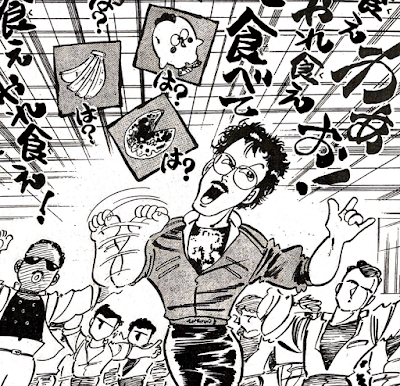 I am a fairly hardcore collector of "Weird Al" Yankovic merchandise, but I'll admit that there are a few fans out there who have items I've never even heard of before. One of those fans is Kenneth Guinup, a really nice guy and someone who has been a part of Weird Al fandom since right around the very beginning. Ken shared some images from his collection of a copy of FM Recopal, a music magazine from Japan. This one is from 1984: 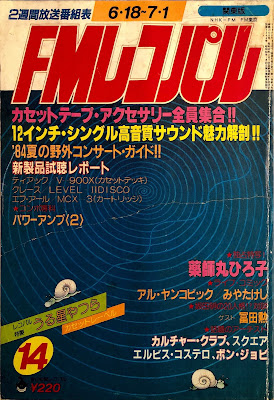 Inside the magazine is a comic that centers around Al's 1984 hit parody "Eat It," which of course lampoons Michael Jackson's "Beat It." The comic features Al lugging a refrigerator behind him, eating food, and singing in a music video. It also includes references to at least one of his earlier songs, "My Bologna."
I'm posing the full comic below; without having a translation available, I can't offer up much more about the content, besides that it looks...really bizarre, and that I love it. I have two requests: if anyone can read Japanese, I would love to update this post with an English translation, and if anyone owns a copy of this issue, I would love to buy it from you. But for now, let's just enjoy the comic! 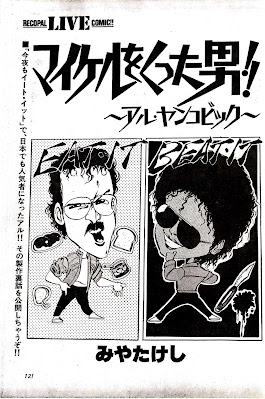 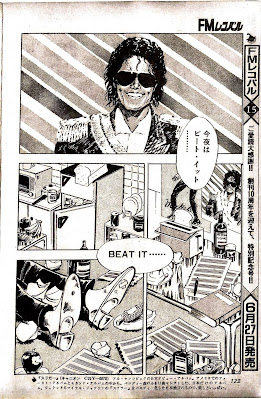 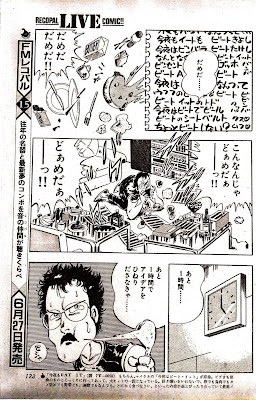 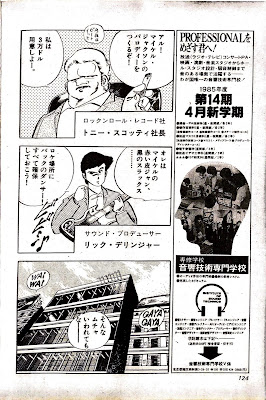 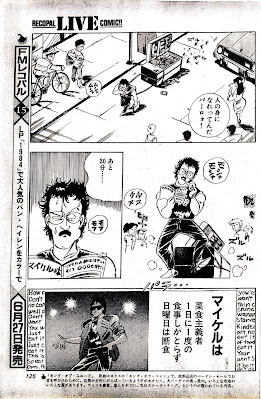 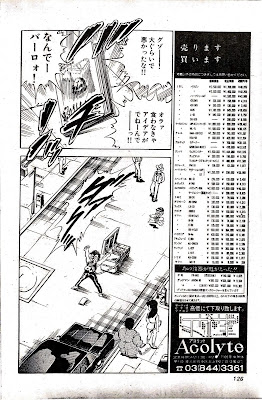 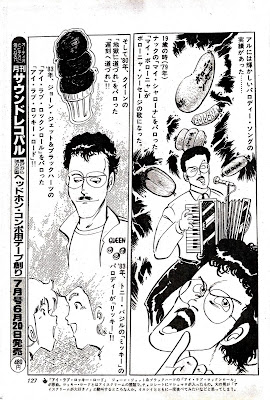 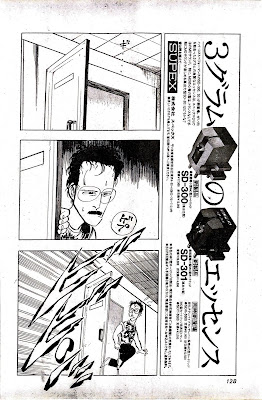 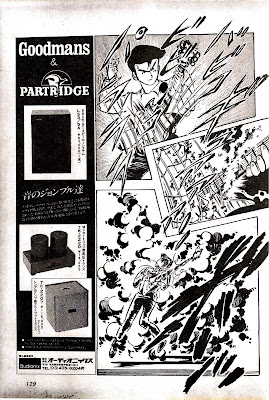 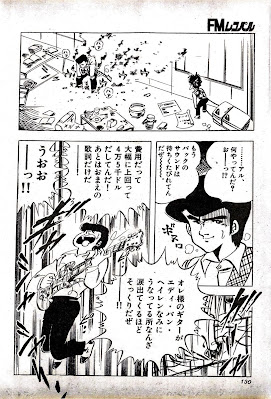 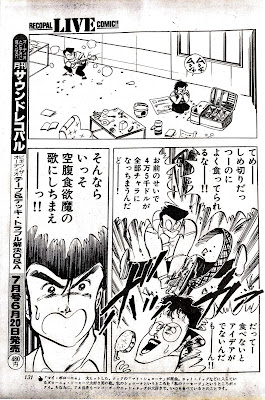 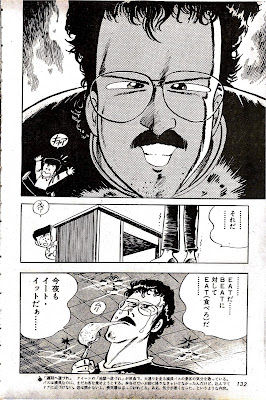 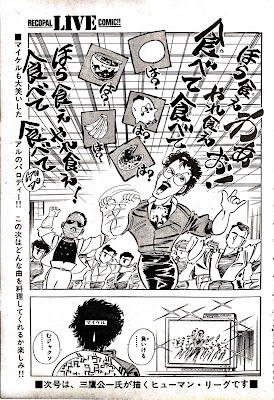