What will happen to Comic-Con? 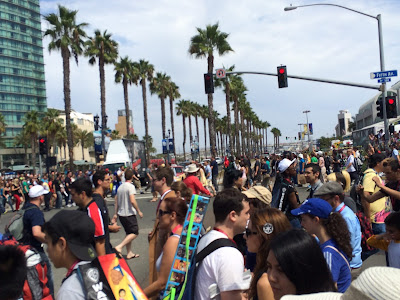 It wasn't much of a surprise, but I still felt the earth move a little bit when Comic-Con officially cancelled its July 2020 event. This will be the first time in its 50-year history without Comic-Con International, and I, for one, will really miss it, even though I agree that they had to do it. I had originally held out a sliver of hope that there could be some semblance of a convention later in the year, but I think it's time to face facts - 2019 might be the last year for really big conventions of any sort for a while.

The two biggest comic book conventions are currently in San Diego and New York City. Other large-scale cons are, for obvious reasons, in other big cities, many of which have been hit hard by COVID-19. SDCC and NYCC, though, are both in states with progressive governors who have both expressed caution about opening up big gatherings, and these two conventions are among the biggest in the country. I have to imagine that NYCC, scheduled for October, will also be cancelled. New York has been hit particularly hard by the virus, and projections don't point to a vaccine until 2021 at the earliest. Both the Javits Center and the San Diego Convention Center are currently being used to provide shelter for those cities' homeless populations.

Comic-Con has announced dates for its 2021 show, in its usual mid-to-late July slot. It seems unfathomable to think that this won't happen and we all won't be back to "normal" by then, but if the virus is still around next year, even in small numbers, a huge gathering like Comic-Con might be the perfect disaster to jump-start the spread once again. I hope - and would imagine - that Comic-Con actually has two or three plans in mind: one for the normal time and place, and one or two others set later in the year. Now that they actually have time to plan, I think it's more reasonable to think that they'd have a backup going into next year, as challenging as it might seem to have to plan multiple options for such a huge event. If California is still restricting gatherings in mid-2021, would those in charge consider a change of venue for a year - Las Vegas, for example? And would anyone even show up if they did that? (I know that I'd be hesitant.)

One of the reasons why SDCC is such a beloved show is that it fits so well into the San Diego cityscape. Whereas NYCC is mostly limited to the Javits Center (even when it's under construction!), the San Diego show sprawls out into the bayfront, into neighboring hotels and theaters, onto the streets, bridges, parks and restaurants and storefronts of the surrounding area. It's difficult to properly describe, but it's like the whole city is a playground for five entire days. It's a shame to lose that for 2020, and it'll be even more of a shame if the '21 show is imperiled, too. But what can anyone do? The world is a different place than it was even a few months ago.

Through it all, I'm grateful for having been able to attend Comic-Con every year since 2012. I know I'll save money by not having to book flights and housing, and I won't be buying the truckload of exclusives I often do when I'm there. But I also will miss out on the experience of being there that is just second-to-none for me.

Missing Comic-Con means that I'll miss out on the professional opportunities that come along with it. I've had more doors open for me because of Comic-Con than, really, any other event I've ever attended, and it means that the two books I was working on as 2020 show exclusives are no longer happening. More than anything, I'll miss visiting with the friends who I only see at the show. Comic-Con brings so many like-minded people together, and I've made some friendships because of it that really wouldn't exist otherwise.

I'm rambling, of course, but this is all to say that I'm sad that Comic-Con has been cancelled, and I'm sad that NYCC is surely to follow suit, and I hope that they can both start back up for 2021, even though that's no sure thing.

Maybe I'll post some of my favorite pictures from previous years soon. Heck, I always post pictures from that show. In any case, I look forward to the day that I can go back. I hope it'll come back, better than ever. 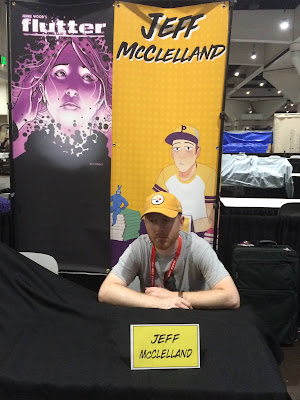