Did you know that the Thing will be getting his very own series once again this November? Walter Mosley and Tom Reilly are creating a five-issue limited series for the Idol O' Millions in a story titled "The Next Big Thing," and I, for one, can't wait. It's been too long since Ben Grimm has had his own solo series. In fact, you'd have to go back to 2006 and the Dan Slott/Andrea DiVito series for the last time the Thing had his own continuing series, even though that one only lasted eight issues.
Speaking of this series, I finally managed to get my hands on two pages of DiVito Thing original art, and it's time to take a look at both! 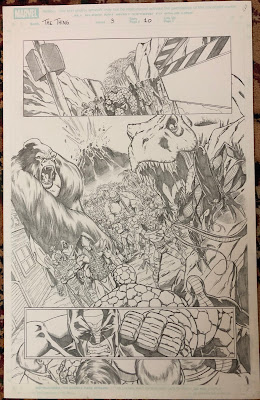 There's a lot going on in this page, for sure. But here it is. 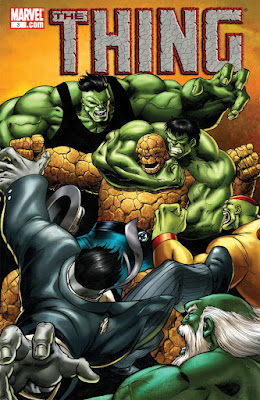 The page comes from the third issue of the series, in which Ben and a few others are trapped by the X-Men villain Arcade - so the Hulk melee you see on the cover consists of Hulk robots. The Thing can beat them up, too.

It's easy to miss the Thing and some of the other detail on this page with a giant gorilla and dinosaur looming over everything, but rest assured, Ben Grimm is there, leading other prisoners to safety. 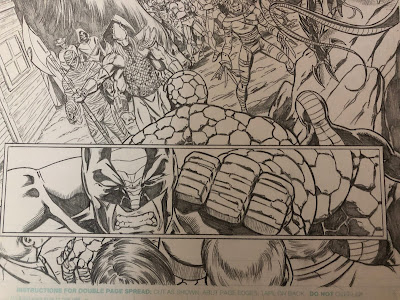 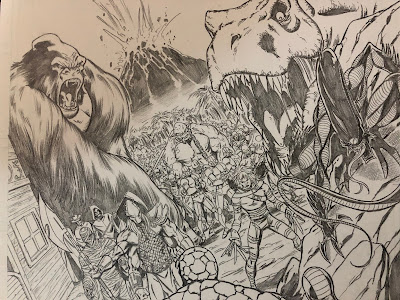 The pencils on this page are incredibly tight and detailed. DiVito's Thing is a classic rendition with a prominent brow and and big, flat fingers, and I love it. Perhaps his Ben Grimm is a bit rounder than some others - his style always seemed to be the perfect mix between an on-model 1970s Thing and more modern interpretations. His proportions are a bit more realistic while also maintaining his comic book essence. 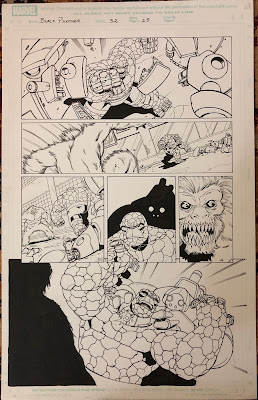 The next page comes from an issue of the Black Panther from a few years later. 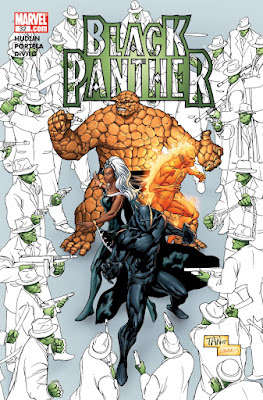 This comes from a period when Reed and Sue briefly left the team and were replaced by the Black Panther and Storm. In addition to appearing in the main Fantastic Four title, this team also had a story arc in the Black Panther book, traveling to a classic gangster Skrull world from a previous Lee/Kirby FF story. 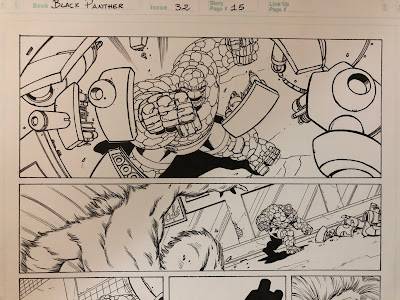 It's been over a decade since I read this story, so I was surprised to learn that DiVito didn't pencil this page - he inked it over the pencils of Spanish artist Francis Portela. Still, it's obvious that DiVito had a big influence on this page. The Thing looks almost just as he does a few years prior in the Thing main series. 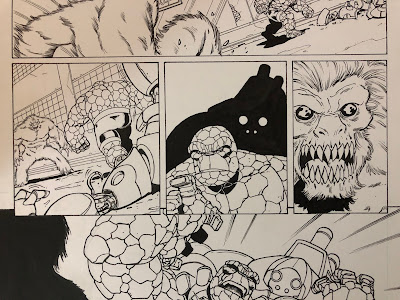 This page also features a lot of action, as the Thing battles various challengers in gladiator-style combat. It does not, however, feature the Black Panther, but what can you expect? The Thing is the most popular character in whatever book he appears. There's nothing you can do about it. 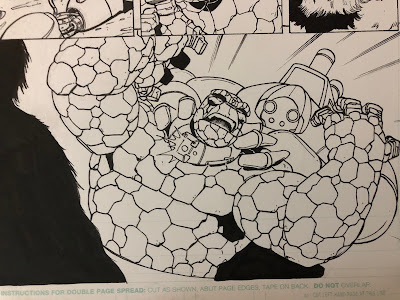 I might like the first page a little better than this one, but there's no denying that there's a lot going on here, and the Thing appears in almost every panel. Is that a power-dampening collar? How do those things work?? 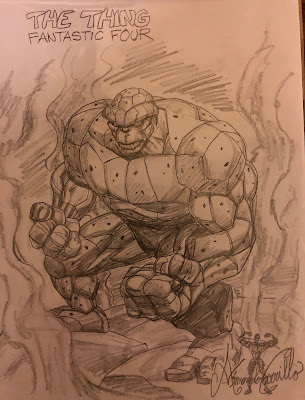 Here's one more piece of Thing pinup artwork I got at around the same time. This one's by artist Armando Carrillo, and it's a new piece even though it's drawn in the style of the 1994 Marvel Action Hour cartoon. This is probably more intimidating than cartoon Ben ever looked, and it makes a nice addition to my collection!