The Thing is Marvel's best title! Here's some original art from Tom Reilly!

Let's take a minute to talk about how great Marvel's new Thing series is. The six-issue series, the character's first solo title since 2006, just wrapped up and I can't recommend picking this up highly enough. 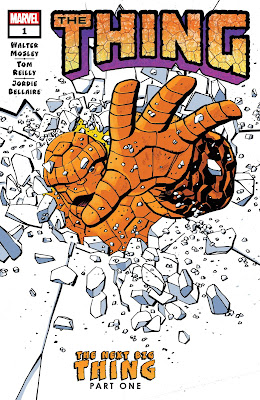 Everything you love about the Thing is on display in this title. If you love the classic Thing - the good-hearted, brooding, never-say-die strongman, then you will love this book. If you love the more current interpretations of the Thing - the more polished, self-aware version, you will love this book! Walter Mosley, the best-selling crime novelist, seamlessly weaves new characters in with old favorites, adding to the title character's mythos while remaining true to his roots.
Artist Tom Reilly draws the Thing in a perfect blend of Kirby, Byrne and Wieringo. He makes him look tough without drawing him like a 12-foot, can't-fit-in-a-room monster. And he draws every page! All six issues are drawn by the same artist.
Does this series have team-ups? Yes! Does it have classic Fantastic Four characters? Yes! Does the Thing get all moody? Yes! Does the Thing punch a whole lot of people? YES! Let's look at some of the examples: 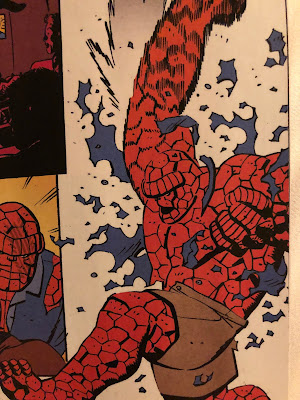 During one fight, the Thing punches a guy so hard his shirt blows up! 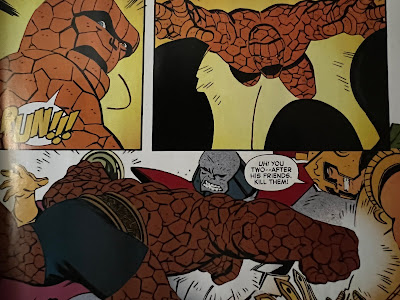 During another, he punches three villainous characters at once - including one with his head! 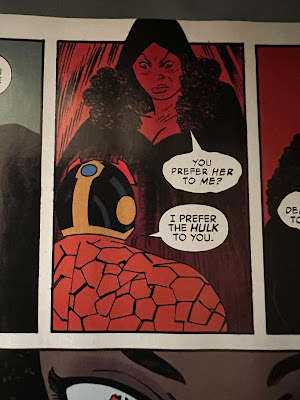 The Thing even manages to get his shots in at the Hulk! It really has a little bit of everything. You need to read this book!! 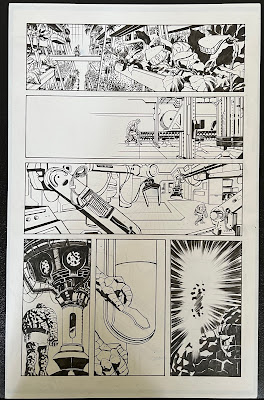 When Reilly announced that he would be selling some of his artwork from the series, I knew that I had to get a page. I ended up with two really amazing pieces from the series, and here they are for all to see! 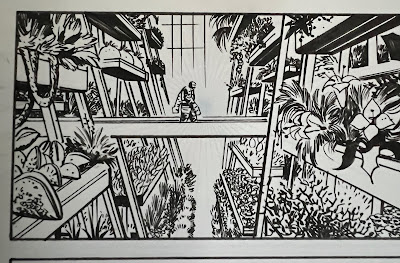 This page is from the first issue of the series, and it features a lonely Ben Grimm wandering the expansive halls of an empty Baxter Building. Ben is taking a piece of material for Reed to analyze, and he trudges through the building's many different rooms to get to his destination. I love how moody all of these panels are, and they really lean into the FF's sci-fi background. 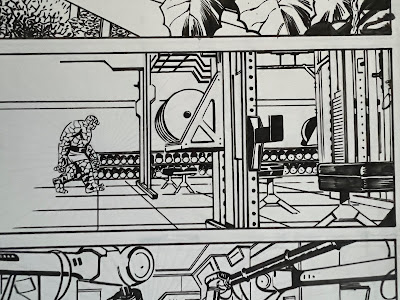 Here's our main character as he makes his way through his weight room... 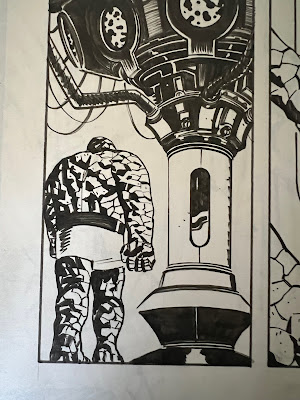 ...and finally he arrives in Reed's lab. 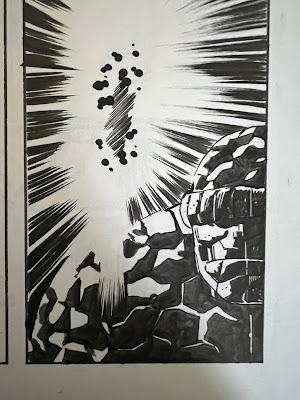 I love brooding Thing. It's part of his character, and it's that emotional resonance that makes the character so compelling. The shadows in this panel really hammer that home. Plus, check out that Kirby Krackle! 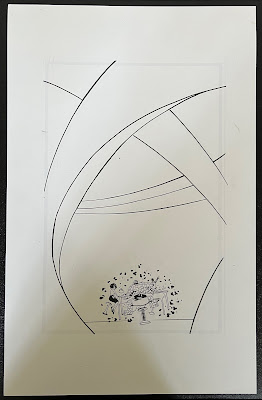 The next page is from the fourth issue, and is a full-page spread, albeit with a lot of empty space surrounding the relatively tiny characters. I absolutely love this one. But wait! If you look closely, you can kind of see more images on the other side of this page... 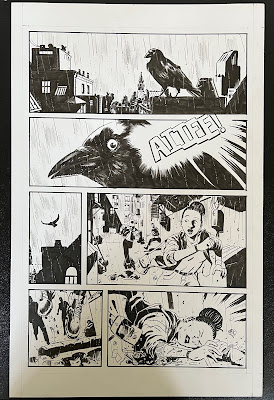 That's because, unbeknownst to me when I bought it, the Thing page was drawn on the back of another, entirely different page? I sent a message to Reilly to ask about it, and it seems that he simply ran out of blank pages while drawing the Thing series, so he drew the issue 4 spread on the back of a Crow pitch that he had taken to show off at conventions as a sample page. This was an unexpected bonus on an already great piece of art.

I know that it's probably hard to take my recommendation at face value, because I will read (and probably enjoy) just about anything Thing-related. But this series is truly a brilliant piece of superhero storytelling, and you honestly should run out and grab it right away. Everything there is to love about the Thing is in this six-issue series. I can only hope that a sequel is in the works!