I (maybe?) visited the Baxter Building in NYC! 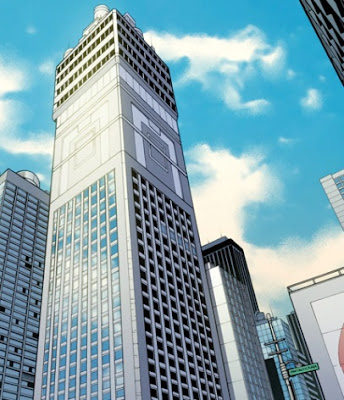 The Marvel Universe was created to be "the world outside your window", taking place in real world locations, as a way to serve as a contrast to the DC Universe, populated by fictional cities like Metropolis and Gotham. Most Marvel heroes, at the times of their creation, operated out of New York City, meaning readers could see famous landmarks that supposedly grounded the books' characters.

Yet for every Brooklyn Bridge and Statue of Liberty sighting, there was also Avengers Mansion, The Daily Bugle and - my favorite, naturally - the Baxter Building, home of the world famous Fantastic Four. Even though these locations are fictional, many reside in real neighborhoods or at specific addresses in Marvel's New York City, including the Baxter Building, which, according to a number of in-story references, is located at 42nd St. and Madison Ave., which is pretty close to Times Square and midtown Manhattan. 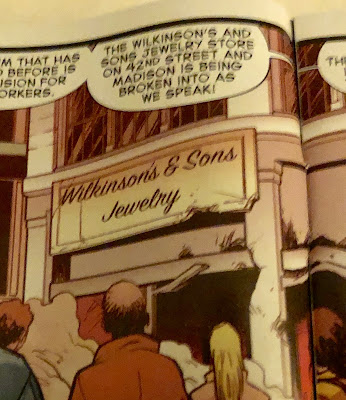 Here's a quite recent reference from issue #4 of the book's latest volume, in which the FF find out that they can't move back in to their home in the Baxter Building (sigh): 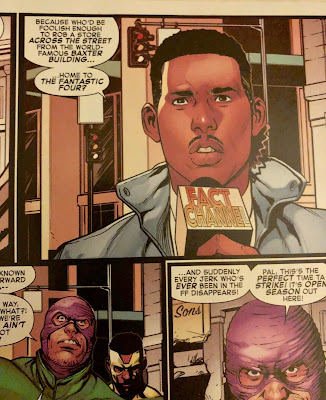 Back in October, I attended the New York Comic Con. After the show let out on Saturday night, I thought I'd try and track down the building's street address in our universe. It wasn't that far of a walk from the convention center, and the weather was still pretty nice, so I walked down 7th Ave. and turned right on 42nd St. 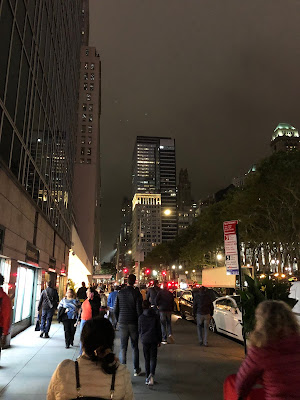 Only a few blocks later, I had arrived: 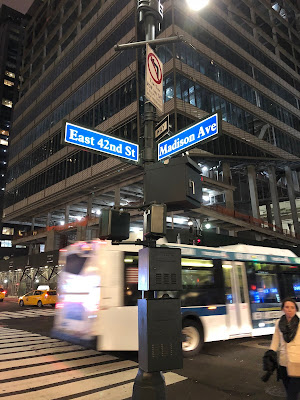 The intersection raises the obvious question, then: which corner does the Baxter Building reside on? This looked promising: 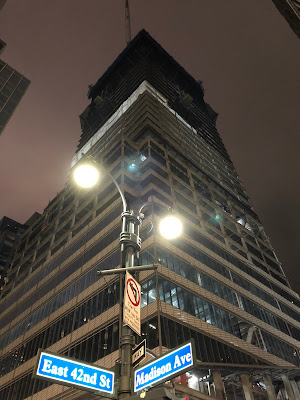 But turning around, I saw this: 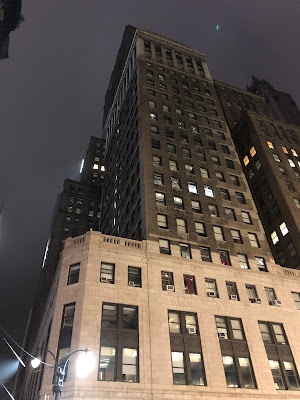 This is obviously a case of thinking too hard about something that doesn't actually exist. Still, I was happy to walk to a rather inconsequential street corner and take a few pictures of seemingly nothing at all. Oh, and I had my Fantastic Four shirt on, too! Overkill? Maybe. 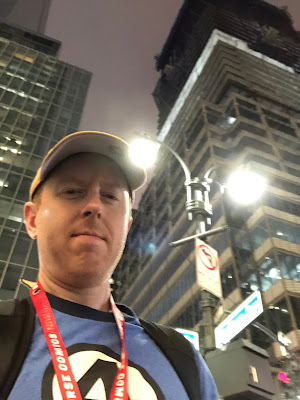 Oh, and the Chrysler Building is not too far away! I guess the Marvel Universe has two landmarks right across from each other: 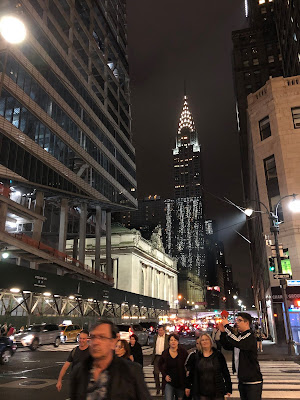 This was more fun than maybe it should've been. Still, fun is fun.

Just a few weeks ago, I played the new Spider-Man Playstation game for the first time. Your friend (and mine) Larry has been doing all of the legwork and unlocking all of Spidey's various costumes, so when he invited me to take a swing (hey-ooo), I did what any self-respecting comic fan would do, and grabbed Miguel O'Hara's Spider-Man 2099 costume and ran over to 42nd and Madison. The game allows/encourages you to take pictures while in the game, so please enjoy this providential picture of Spidey 2099 swinging in front of the maybe Baxter Building: 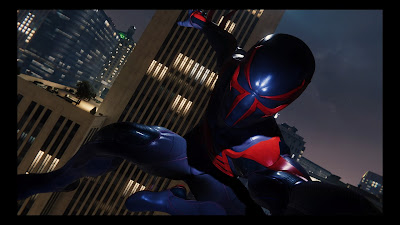 The building actually does look like what's sitting on one corner of the street in real life. Look! It's the world outside your window! 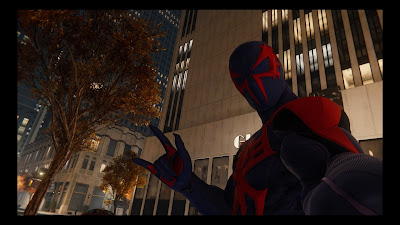 I've been looking at Google Maps 3D rendering of NY for years, yearning for the day that I'll visit NY and go to 42nd x Madison.

Kudos to you, True Believer!

I am still plagued by the same question that you posed... in which CORNER is the Baxter Building? Alas, there are 4 corners to pick.

Searching the comic books, I did not yet find a good clue.

Oh, I am also going to Pier 4 - which is actually not there between Pier 3 and Pier 5, as it seems to have been blown up in real life - there are some remains and a small beach there. Maybe a result of one of the F4 foes actions.

Thanks, Lord, for Google 3D Maps.