Following up on the previous Disenchantment post, I thought I'd offer up a look at a pitch comic that artist Dani Grew and I made for Comic-Con 2019. My intention was to use this as a pitch to Bongo Comics, which published Simpsons Comics, Futurama Comics, and was overseen (in a broad sense) by Matt Groening.
I knew some folks with the company and I felt pretty good about the quality of the story, but when I got to Comic-Con and made my way to the Bongo booth, I found out that the company in the process of closing up shop, at least for the time being. The lack of a Disenchantment comic is a big oversight in the licensed comic game, and I have to believe that several companies would leap to publish it if it were available. Maybe it'll happen one day!
This comic takes place during the first season, of course, but I think that I got the characters' voices right despite only having a few episodes to work from. I hope you enjoy this Disenchantment comic! 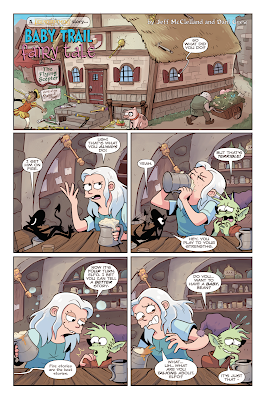 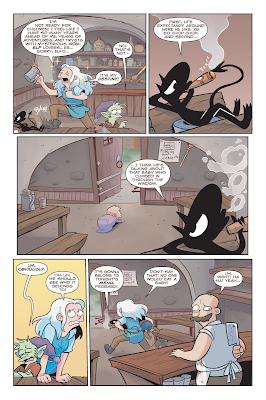 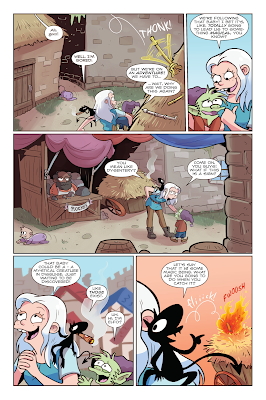 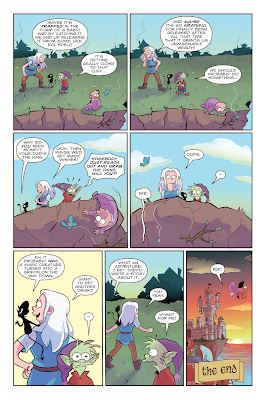 Executive producer Josh Weinstein posted this on Twitter a few days ago. The bottle of mermaid mead was apparently given to some of the folks who worked on the show. Maybe one will (quietly?) show up on eBay one day!

Bean & Mora, together forever on my shelf (or at least 'til an earthquake.) pic.twitter.com/QyJ8dL90oW