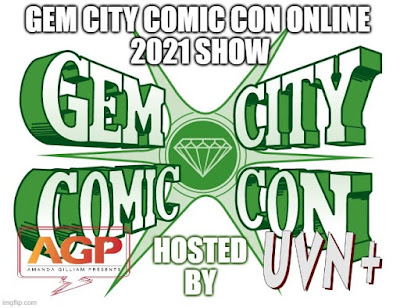 The Dayton, Ohio Gem City Comic Con is having a virtual convention this year (followed by - perhaps? - an in-person event in July) on Saturday and Sunday, March 20th and 21st. My good friend Jennie Wood asked me to help her host a panel that will focus on writing and character development. The event is open to everyone and can be streamed in two places:

We'll have some time during the panel to write and share, so if you're curious about writing for comics and you want to have a space to work on developing characters, I hope you'll stop by!