Pictures from the con

The New York Comic Con has been pretty much the only thing I can focus on since I found out that I'll be attending this year.  Already, even though the show isn't for another eight months or so, I've contacted people about attending (Duane might make it after all!) and have started making plans on what to take.  Since October is football season, and the Steelers play the Jets at some point, I've started making contingency plans in case the game is in New York and the Steelers just happen to be there that Sunday (unlikely).

The only experience that I might find comparable to this upcoming show is San Diego's Comic-Con International that I attended in 2006...so in honor of that, I thought I'd post some pictures from that show.  It was lots of fun, as if the picture of me and Frankenberry didn't quite illustrate that well enough. 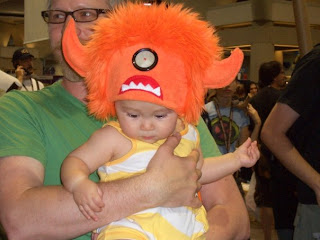 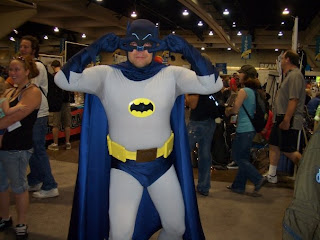 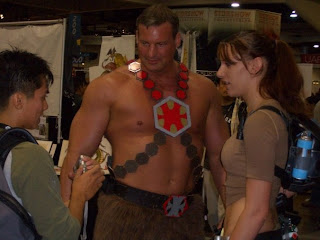 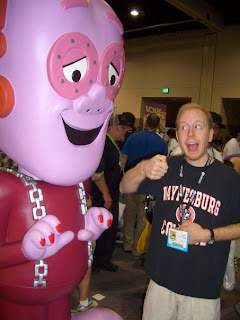 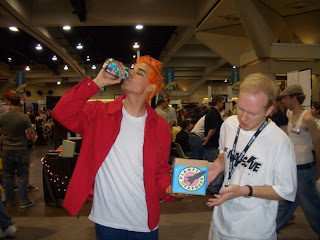 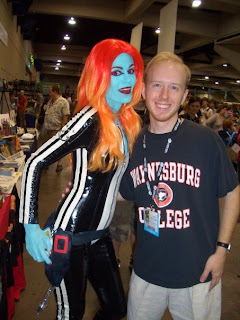 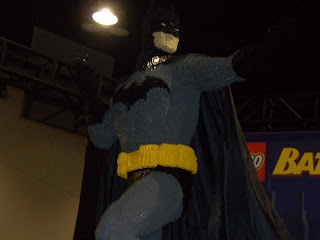