Pictures from the Baltimore Comic-Con, part 1

The Baltimore Comic-Con for this year is over and done with, and I'm happy to say that it was a lot of fun - a success on most accounts.  I'll go into some details later, but for now, here are a few pictures from the two-day weekend: 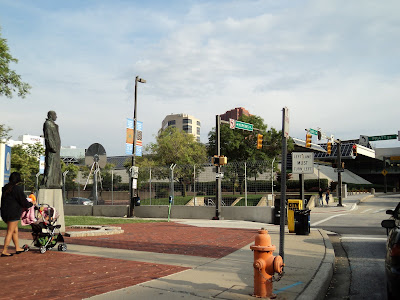 This view of the convention center is partially obscured by fencing, as the streets of Baltimore will soon be used for some grand prix-like racing.  It was fun to drive the '97 Camry down these roads built for racecars. 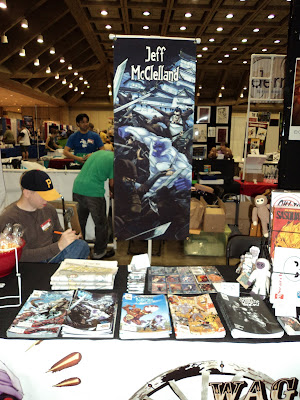 In this picture I'm pretending to be hard at work on...something.  Check out the new banner behind the table! 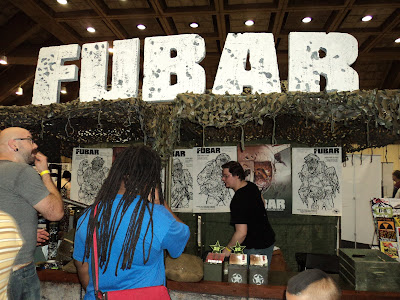 The FUBAR booth was definitely one of the highlights of the entire show - they really outdid themselves this time.  Crowds gathered just to stare at the setup, which featured a machine gun pointing out at the audience. 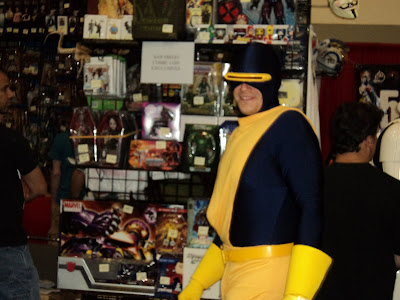 Cyclops's visor even glowed...it was cool. 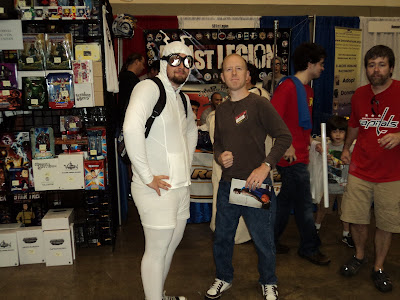 I saw a surprising amount of Tick shirts and merchandise over the weekend, but this homemade Arthur costume was really great to see.  People were actually calling it a bunny suit, which was funny because that's the joke in the book, too!! 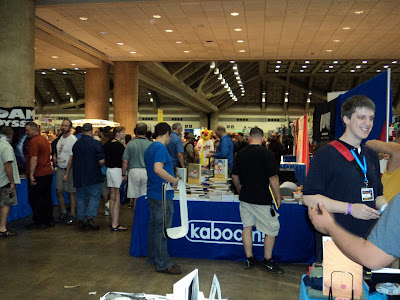 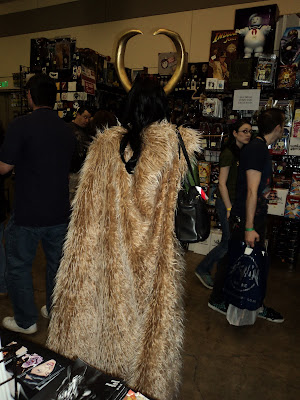 Girl Loki!  From the back. 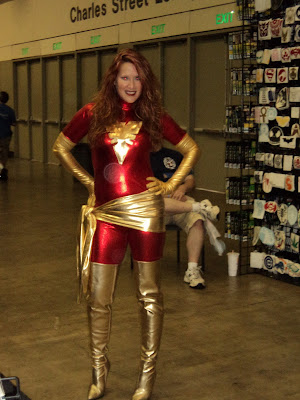 We'll end with a picture of the universe-destroying Dark Phoenix.  There was lots of neat stuff to see at this show and I took a bunch of pictures.  I'll show more soon!
Posted by Jeff at 2:31 AM