So I guess one of my hobbies is taking lots of pictures at comic book conventions. I don't know why I always feel compelled to do so. But it's just one of those things, I guess. I went to the New York Comic Con earlier this month, so let's see some pictures from it! 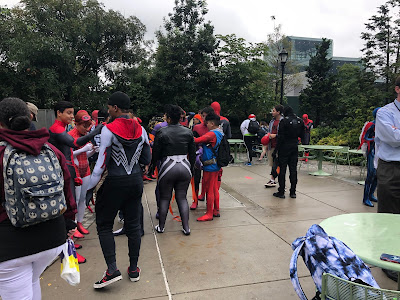 I think that this is the first year that I went to the show on a Thursday. Since there are always tickets remaining for this day, I expected it to be less crowded than usual. It was decidedly not the case. I arrived around 1:00 to find a meetup of the spider people. Wait who's that on the edge there, to the right? 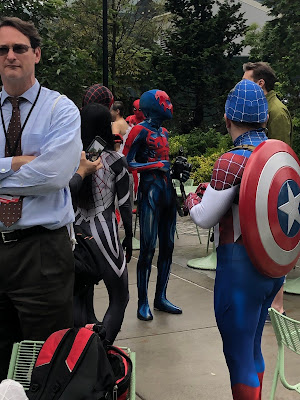 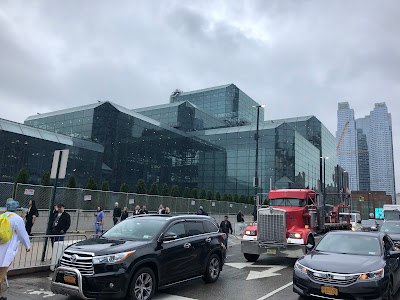 Then it was off to the Javits Center on another gloomy October day. It had just cooled off the day before and felt like fall. 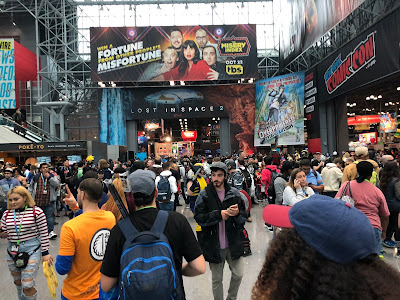 In years past, professionals had a specific entrance they could enter through, but it seems that it was open to everyone this year. Lines were longer than I had expected. 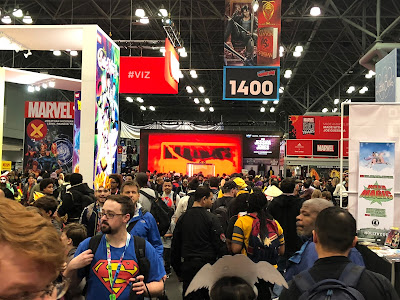 And the inside was pretty crowded. 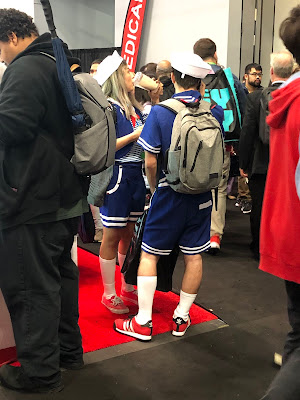 Look, it's more folks dressed up in Scoops Ahoy costumes from Stranger Things! I considered trying to track down as many as I could find, like I did in San Diego, but...I decided to let it go. It was for the best. There were a lot of them. 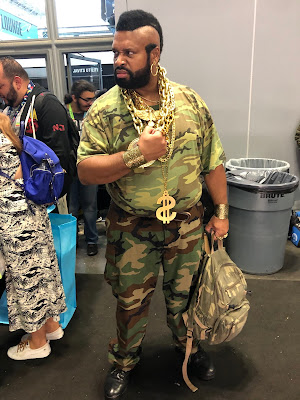 This guy knew that he could pull this Mr. T look off. He was correct. 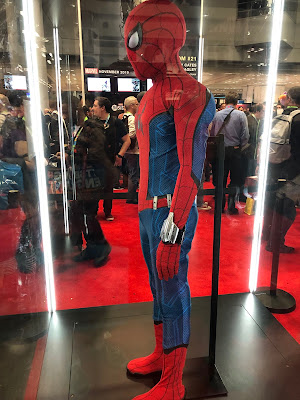 I was able to sneak into the Marvel exclusives line toward the end of the day. This Spider-Man costume was on display, which is apparently used at theme parks? While I waited in line, I was regaled by an incredibly annoying sales pitch from the main stage that talked all about the new live action Marvel productions happening at theme parks. And yet, I did not once see someone in a Thing costume. So I do not care about them. 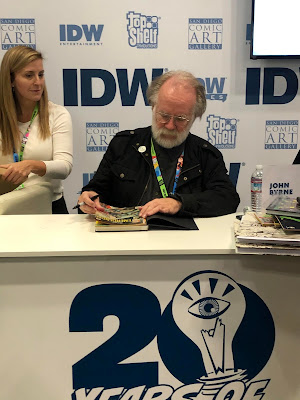 Legendary FF creator John Byrne made a rare appearance at the IDW booth. 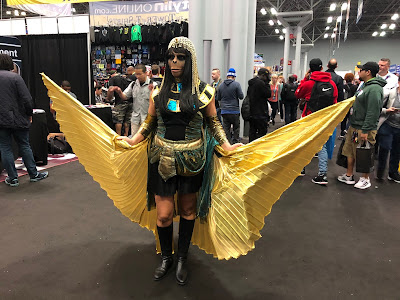 This was an impressive, albeit somewhat unsettling, costume. 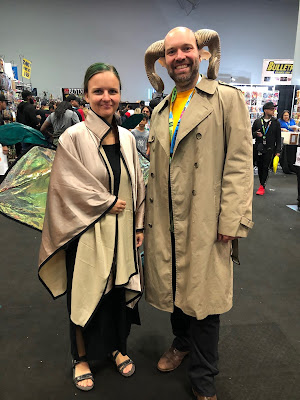 It's the Saga crew! 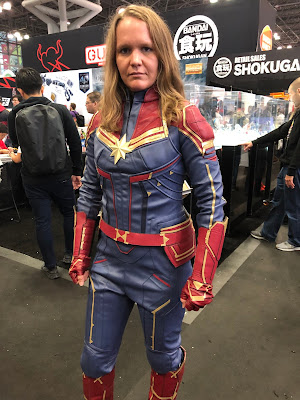 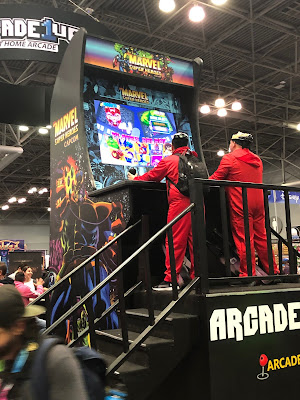 Look at this thing. Just look at it! The Arcade1Up folks have really struck gold with their affordable video game cabinets. I saw a TMNT one the other day and man, I'm tempted to get it. I think I have to get a game room first. 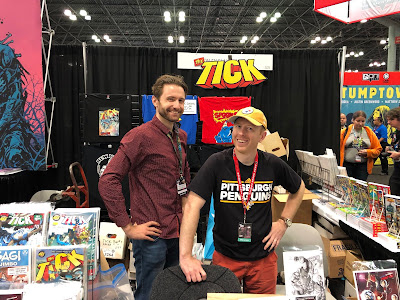 For the last hour of the show, I hung out at the New England Comics booth, which was located in a new spot in the publisher's section on the floor. Ian Nichols was there with the new Tick NYCC special, which I wrote. We signed a few copies before the show closed! 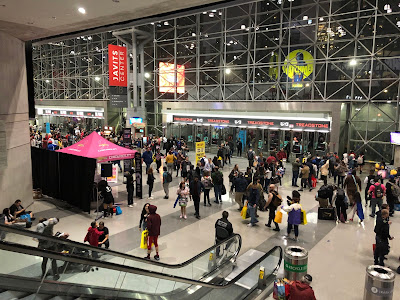 One nice thing that NYCC does is that it keeps artist alley open an hour after the show floor closes. A lot of the artists set up there, though, head out at 7:00, which kind of defeats the purpose. Ah well. I think that the construction happening at the Javits Center is supposed to be done - let me check - ah, hell, not until 2021? Sheesh. One more year, I guess. Wait, the expansion is set to include a one-acre rooftop farm? Huh. That's interesting. 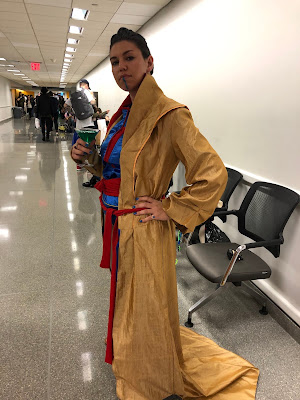 Anyway, I did make my way to artist alley before calling it an evening. And this person challenged me to a game. What's the harm? 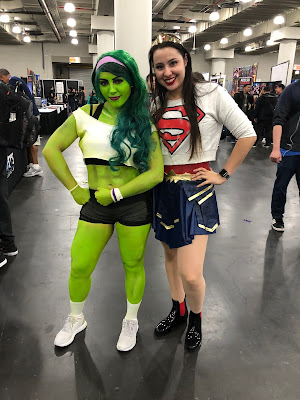 I found Supergirl and She-Hulk before I left. 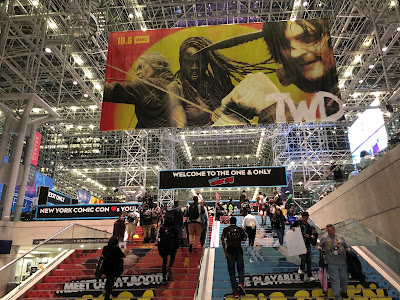