"Stranger Things" is one of those phenomenons that I can unabashedly get behind. Yes, it's a nostalgia-fest from beginning to end, but I love the characters and how well those behind the curtain seem to understand all of the tropes they're paying homage to. Plus, it allows us all to tell jokes like this:

Strange Things by the Duff Brothers

Stranger Things by the Duffer Brothers

When I went to Comic-Con in July, the third season of the show had only been available to watch on Netflix for a few weeks, so on Preview Night, I was excited to see some people dressed up in the "Scoops Ahoy" ice cream shop outfits that featured prominently in the season. This kind of snowballed and I ended up seeing dozens of different takes on these characters. I realize that the costume isn't the most difficult to duplicate and doesn't require, say, the extensive makeup that you might see for other Comic-Con-featured characters, but it was still really impressive to witness just a few weeks after the show aired. I think it speaks to the show's popularity with the young-adult-and-older crowd.

After seeing a whole bunch of these costumes, I decided to take a picture of whomever I saw wearing one. I didn't get them all, but I ended up with quite a few, so I thought I'd share them all here. This was, by far, the most popular costume that I saw at the show. 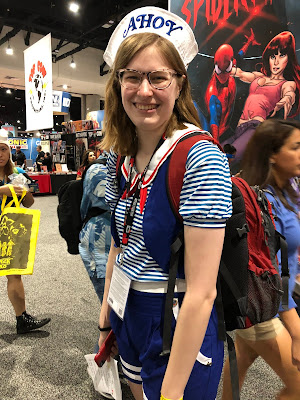 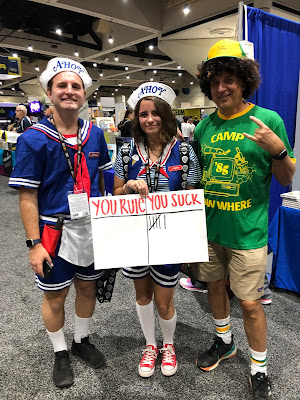 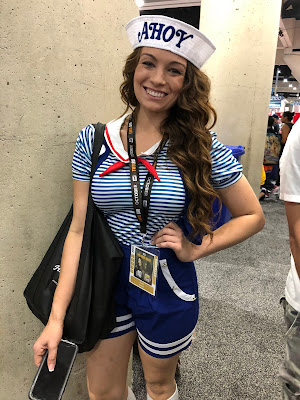 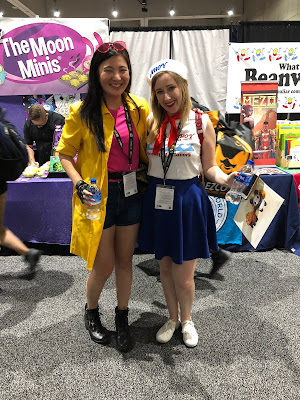 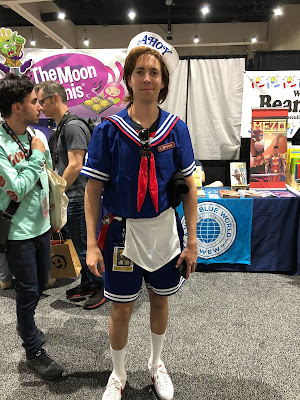 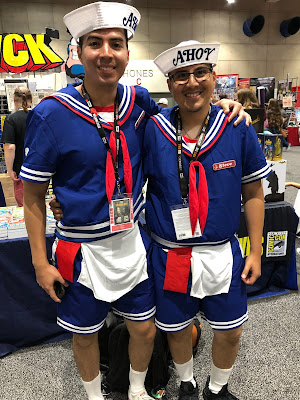 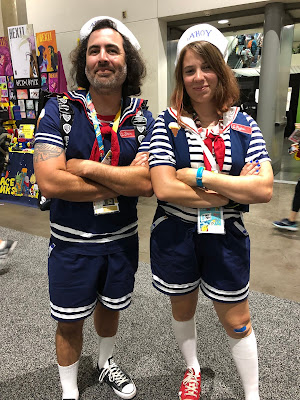 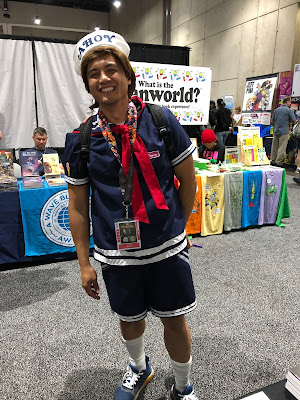 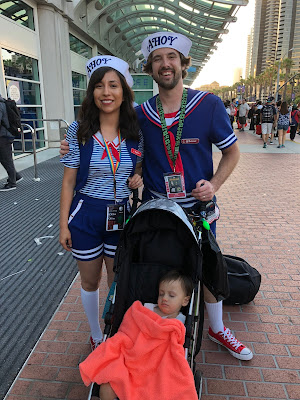 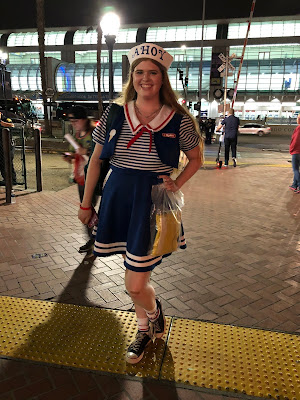 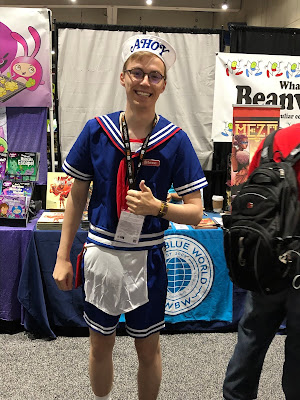 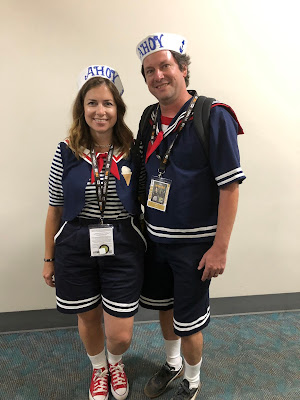 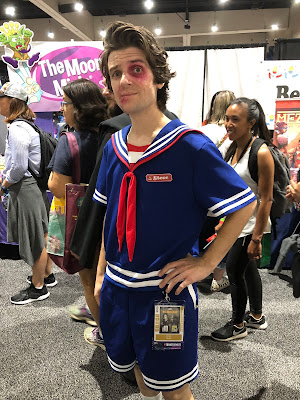 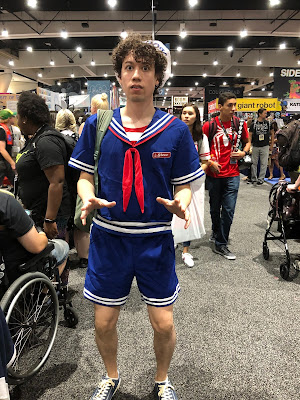 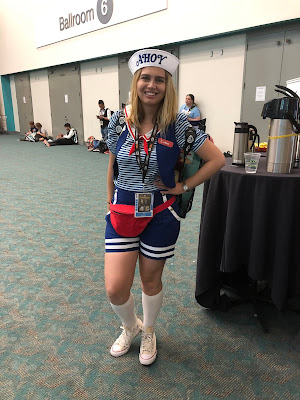 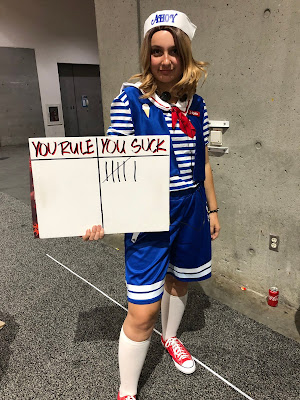 There were quite a few more where I just wasn't quick enough to snap a picture, and naturally, plenty of others that I never even saw in the vast expanse that is Comic-Con.


This has, curiously, become my most popular Tweet ever (praise me, Internet), probably because the official Stranger Things account responded thusly:


putting seven tally marks in the You Rule column because of these
— Stranger Things (@Stranger_Things) July 20, 2019


That was pretty neat, right? You can, uh feel free to like the original Tweet and give me further Internet validation.

So. When's season four coming out?