We've got a bunch of pictures to get through for Friday at Comic-Con! Let's take a look! 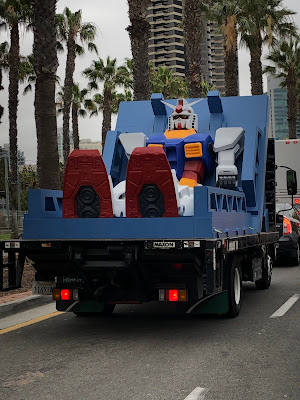 I saw this while driving to the parking garage in the morning. I have to believe that this wasn't a robot being delivered somewhere, right? That it was driven around like a billboard all day? No matter what the case, bravo to whomever came up with this idea. I loved seeing it. 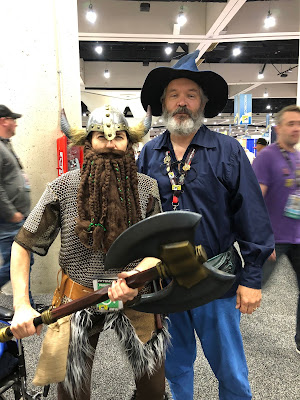 First costumes of the day! Both have pretty good beards. 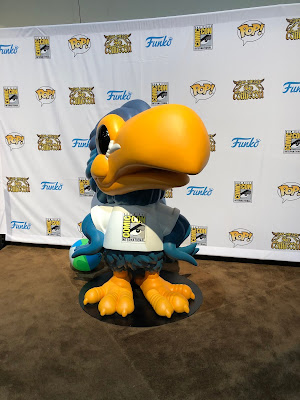 Funko had two big displays at the show this year, one on each end of the convention center. This one was near row 100, and the Comic-Con Toucan was showcased. 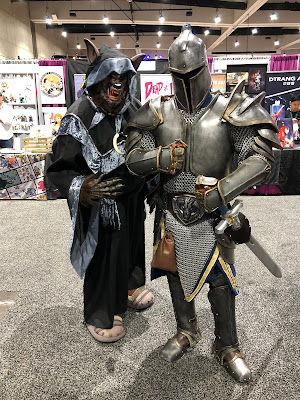 Was there...a medieval theme going on on Friday that I wasn't aware of? These are some great costumes, even if I have no idea if they're from a particular property. 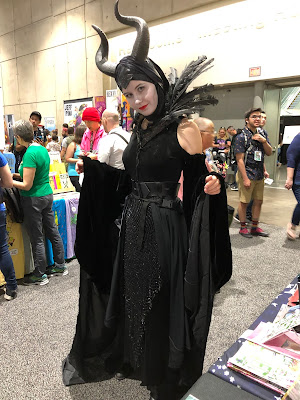 WAIT! I KNOW THIS ONE! 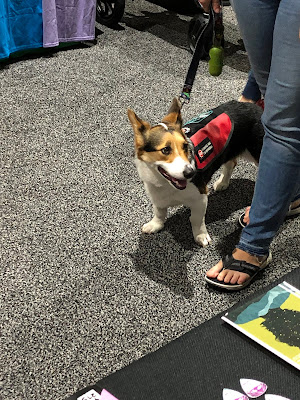 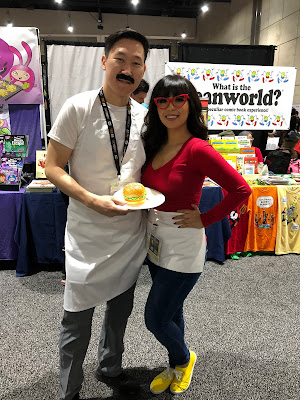 Bob's Burgers continues to be a popular draw at Comic-Con. Great job with the mustache and glasses for this couple. 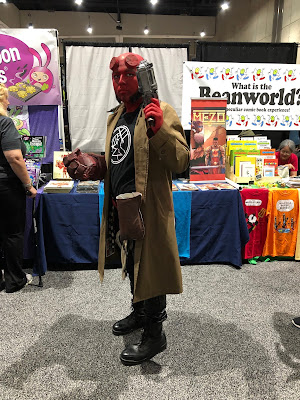 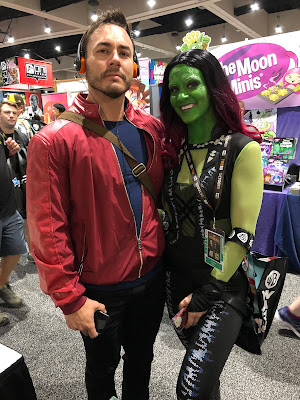 The Red Jacket and Greenwoman! 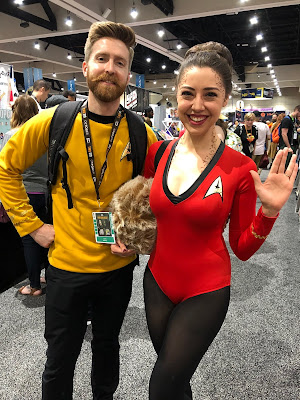 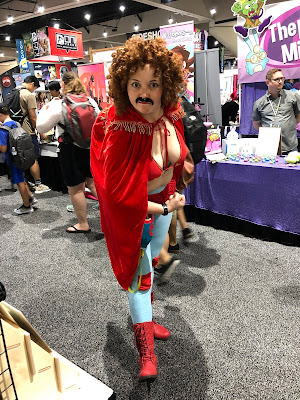 This woman really went above and beyond with this Nacho Libre outfit. A tip of the cap to you, ma'am. 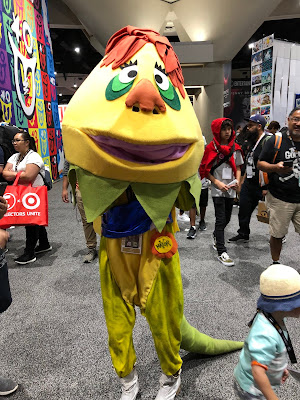 It's gotta be tough to wear such a big costume at Comic-Con. But if you're going to go for an H.R. Pufnstuf look, you might as well go big. 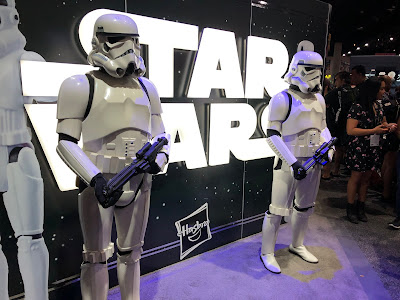 I'm pretty sure these were real people. I think. 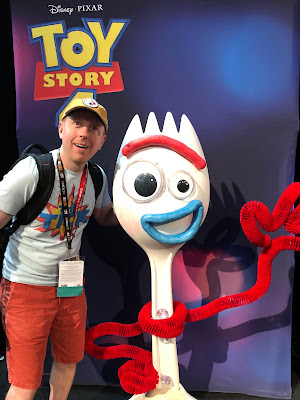 I still haven't seen the new Toy Story movie. What is wrong with me? I'm sorry, world. 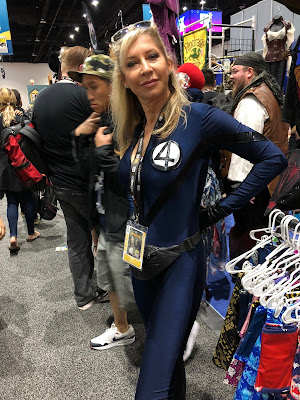 I'll take any Fantastic Four costume I can get. Sue here was the only FF costume I saw this year - good for you for carrying that (Human) Torch! 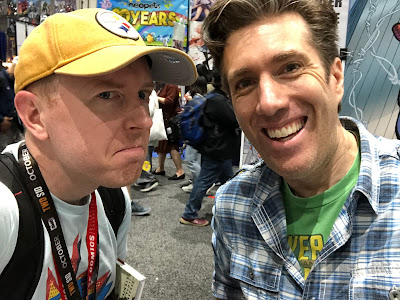 I try to stop by and see my friend (and long-time Marvel artist) Todd Nauck at every show. He's a nice guy and allows me to get frowny pictures with him every year. Hooray! 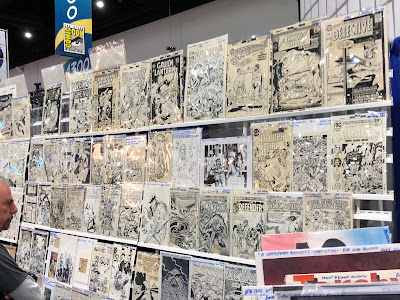 There's a booth near the artist alley section that always has these incredible pieces of art on display and for sale. I think that's an Action Comics #350 original cover near the top right. Unbelievable! 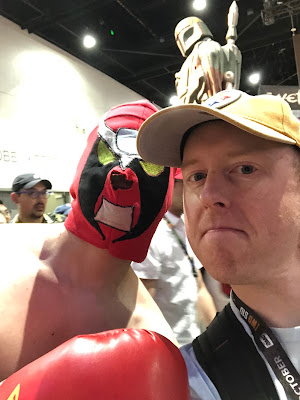 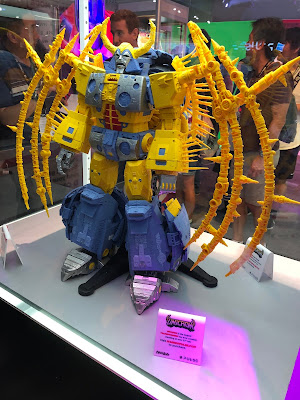 I don't usually take pictures of toys (because you can see those anywhere!), but my goodness, this Unicron figure is a sight to behold. It's incredible! 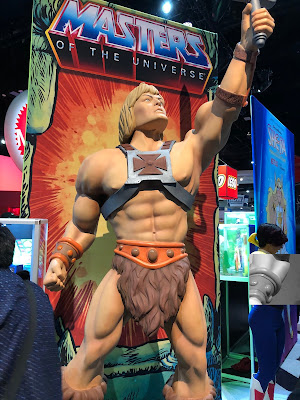 Look, it's He-Man and the Masters of the Universe! 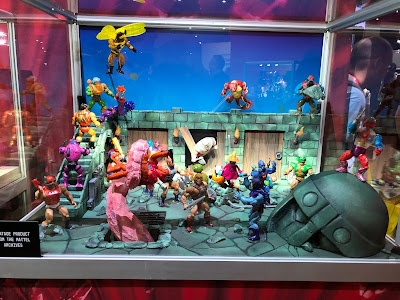 Check out this great MOTU diorama that was constructed just for the show with original '80s figures. How great! 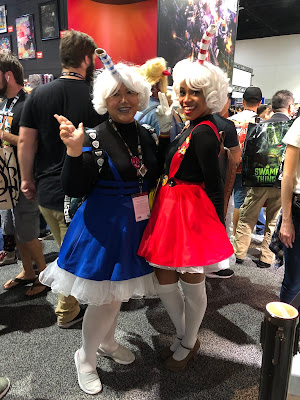 Let's end this post with a few Cupheads. There were some really great costumes to see on Friday - so much so that this is only about half of the pictures I have to show. I'll post more soon!
Posted by Jeff at 12:20 AM

Is that a head of a Sentinel that the Masters of the Universe are fighting around?