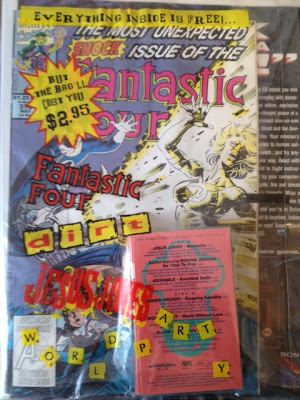 Welcome back to another installment of "Random Notes!" When I talk about whatever to no one in particular!  What a great draw this must be for the blog: something that is about nothing in particular!  Well, I think we've all come to expect the Thing to show up in these posts.  So what do we have in this edition?  The Thing?  Great!  Let's get started! 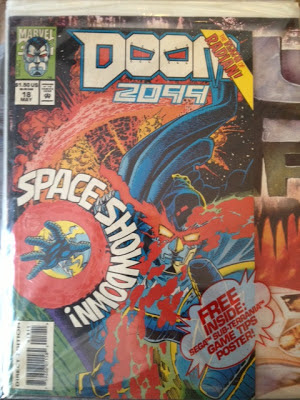 - I bought some magazine-sized bags and boards a month or so ago from my favorite comic supply company: TCBulk!  I'm able to buy bags and boards in bundles of a thousand, which is pretty convenient.  Anyway, I needed magazine-sized supplies because of books like those pictured above.  Apparently, in the mid 1990s, Marvel thought it was a good idea to package some of their books with other stuff that amounted to oversized advertisements for things I had no interest in.  Case in point: Fantastic Four #376 came with an issue of Dirt magazine (whatever the hell that was) and an ultra hip cassette tape featuring none other than "Right Here, Right Now" artist Jesus Jones!

I first bought the book when it came out, and like a normal person, I opened the bag, read the comic and tossed the miscellaneous garbage.  Like an idiot collector, though, I recently re-purchased the book with a sealed bag, inserted junk intact.  Of course, the cassette tape and the extra large magazine means I can't store it with my regular collection; instead, it has to go with books like Doom 2099 #18 and its Sega game tips poster, the tips on which probably said something like "buy more Sega!" 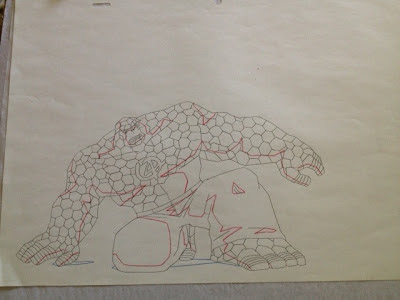 - Some more Fantastic Four items have magically made their way into my possession recently, including the above original animation artwork of the Thing from the most recent Fantastic Four cartoon!  You may recognize this cartoon as the show where the Thing wears pants and has a number four spray painted on his chest, for some reason. 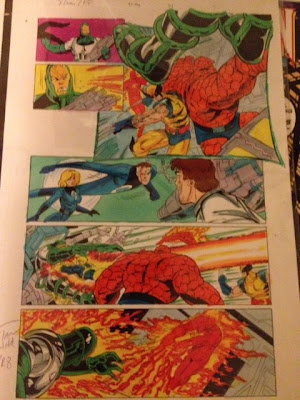 And here's a color guide for a page from the X-Men/Fantastic Four joint 1998 annual! 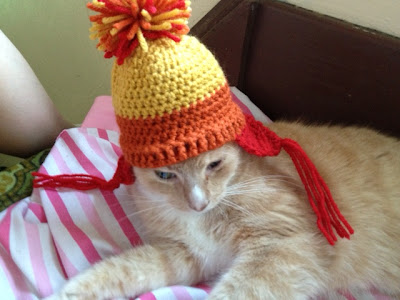 - My cat looks pretty spiffy in his new cat-sized Jayne hat.  What good taste he must have! 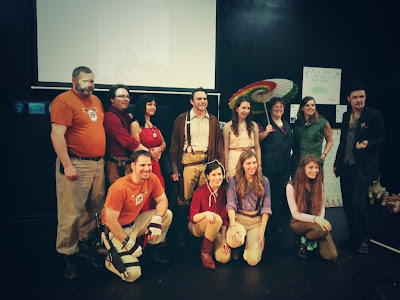 That reminds me, last month I went to the annual Can't Stop the Serenity Pittsburgh screening of the movie Serenity!  It was, as always, a fun time, and proceeds went to the charitable foundation Equality Now.  There was a silent auction at the event, where I managed to pick up... 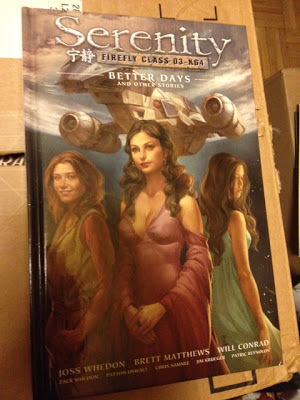 ...a copy of the Serenity: Better Days trade collection!  But not only did I get a cool comic in the deal... 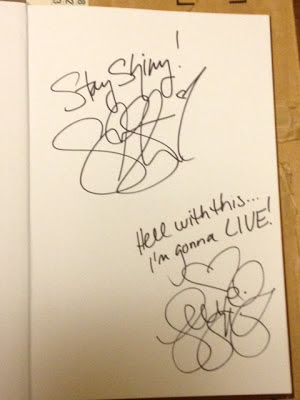 ...it was signed by two of the cast members, Summer Glau (River) and Jewel Staite (Kaylee)!  The organizers of the event went out to Wizard World Philadelphia earlier in the year and landed the signatures there. 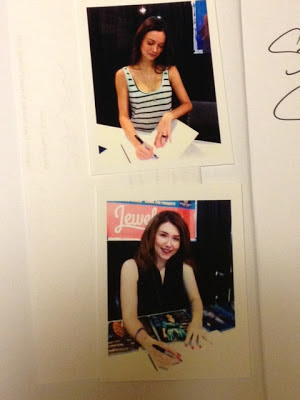 They even included pictures of the two actresses signing the book.  I'm very excited to have won this book! 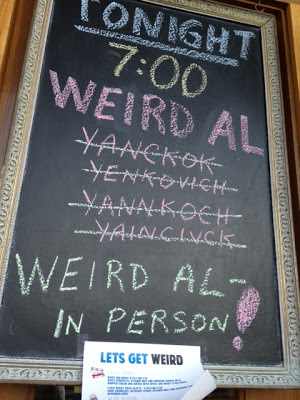 - "Weird Al" Yankovic, he of the iron accordion and fabulous hair, had a signing for his new children's book in Cincinnati a few weeks back.  I made the trip into Bengals territory in my Steelers hat and also other clothes to get a chance to meet him and get a copy of the book signed. 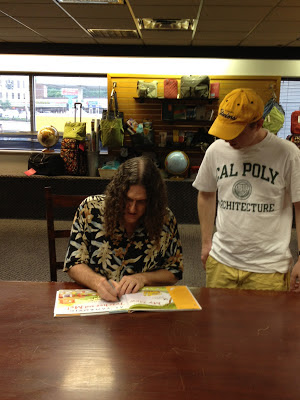 Here I am, apparently instructing him on how to write his name.  So far, no one has ever commented on the shirt I'm wearing in the picture.  One day, someone will figure it out. 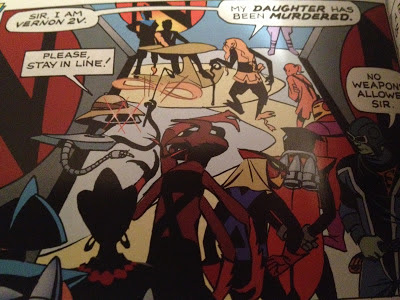 - A recent issue of Dark Horse Presents, still an enjoyable anthology despite the fact that it's continuing too many stories in separate miniseries, featured a few interesting cameos in one of the stories by Steve Rude.  Yeah, buddy!

- The blog passed a milestone in the past few months, as it reached a pretty astounding six figures in terms of viewership.  I have no idea why so many people have come to this site since its inception, but my big sweaty thanks go out to each and every one of you.  I should charge admission or something.